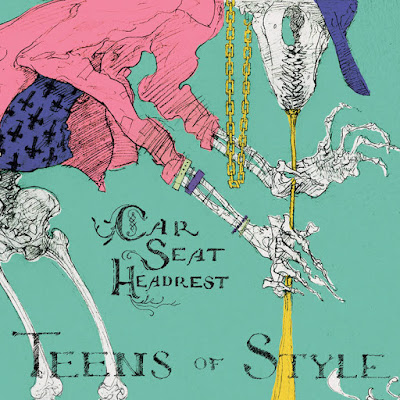 Teens of Style is technically a compilation, comprising songs dating back to 2011 that were re-recorded for his Matador debut. (Teens of Denial, a planned 2016 release, will be his first Matador album of entirely new material.) You can hear the revised sound as a composite of the label's history: Guided by Voices' ear for cracked pop oddities, Belle and Sebastian's emotional directness, Yo La Tengo's intimate approach to jamming, Stephen Malkmus' ability to get wordy without forgetting to rock out. As a songwriter, Toledo is both present and detached, capable of living in a moment while floating above it. A self-summarization comes on the brawny "Strangers", when he deadpans a series of autobiographical quips: "Car seat is a menace to the public," "Car seat is a genetic stop sign," "Car seat's nervous and the lights are bright." PF