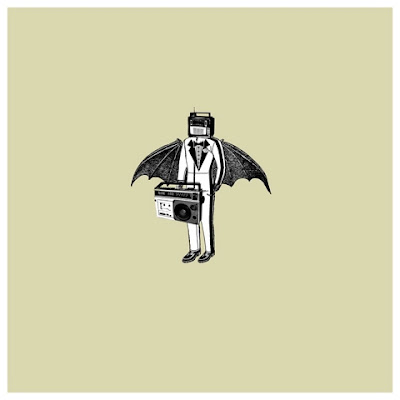 If we’ve learned anything from the fact that teen paranormal romance is now a legit genre of modern literature, it’s that we love relating to the unknown. Or, more specifically, the undead. Eric Elbogen, a.k.a. Say Hi has been keen to this fact since the summer of 2006, when dropped Say Hi’s breakthrough LP Impeccable Blahs. Not only is the record a well-oiled machine of synth-pop magnificence that, with its deceptively addictive nature alone, would make you consider an occult presence surrounding it – it’s also 100% lyrically confined in the world of vampires. After four more LPs and a soundtrack album, Say Hi has returned to this formidable world to give the album a sequel: Bleeders Digest. The only thing better than the pun of its namesake is the content therein. Eric continues to shine as one of Barsuk’s most consistent stars, with another record of pitch perfect synth pop excellence and an extended vampiric metaphor that gives us a wonderful parallel on the intentionally inward lives we oft find ourselves leading. kexp

The album’s best work lies – as Say Hi’s work often does – in its love songs. For starters, both “Lover’s Lane (Smitten With Doom)” and “Galaxies Will Be Born” have some serious television potential. Both are excellent songs about the thrills and the chills of love with incredible sing-a-long hooks and memorable lyrics.