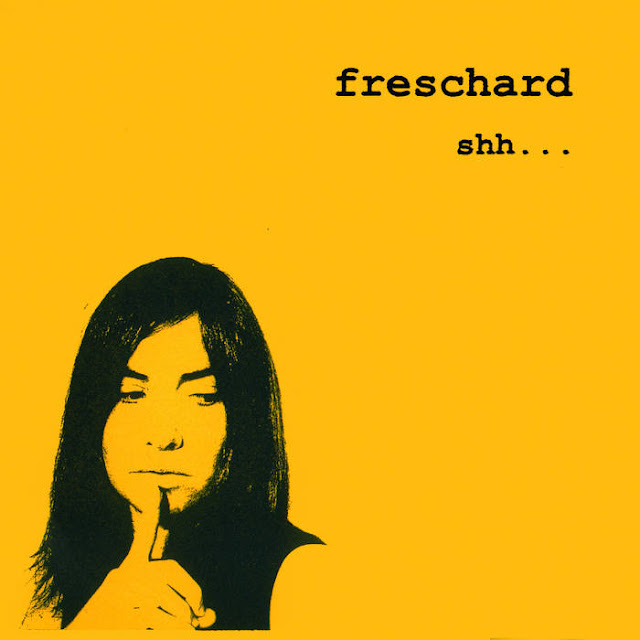 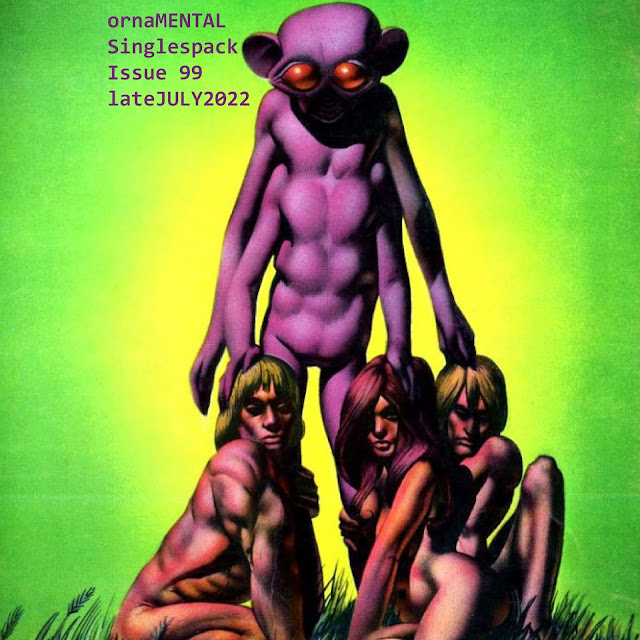 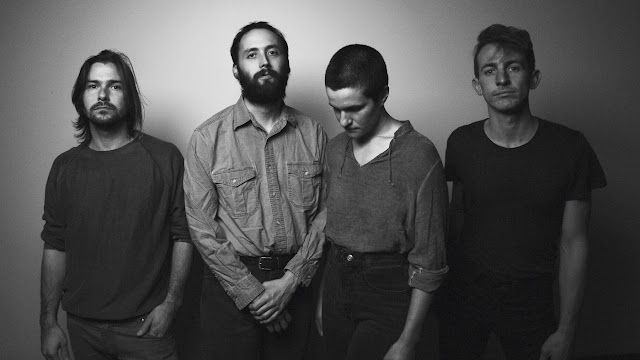 Bob Boilen | July 20, 2022
I love seeing friends playing comfortably at home, especially when those friends are members of my favorite band. What we see in this Tiny Desk (home) concert is playfulness substituting for the intensity that I normally find in Big Thief on a big stage. This band has made many of my best-loved albums in the past few years, beginning with its 2016 debut Masterpiece and including its 2022 double-album Dragon New Warm Mountain I Believe in You. The first three songs in this set all come from that album and were written by singer Adrianne Lenker, with "Certainty" co-written with guitarist Buck Meek.
Big Thief songs are often filled with tender tales and poetic and playful words. I can say the same for Adrianne Lenker's many solo albums and for Buck Meek's 2021 solo album, Two Saviors. Drummer James Krivchenia produced Big Thief's recent album and also a 2020 ambient album of his own, A New Found Relaxation. Max Oleartchik plays upright bass for this intimate acoustic set on the top floor of a house in "windy Connecticut."
There's a bit of a "hold on to your hat" feel here, with players watching each other for a possible surprise. Maybe it's James Krivchenia's banjo percussion, the galloping rhythm on "Certainty" or how the four musicians sing aloud on a chorus; it is so much fun to see it all unfold. The final song was the biggest surprise; it's an unreleased song Big Thief has been performing, appropriately called "Happiness."
SET LIST
"Change"
"Dried Roses"
"Certainty"
"Happiness"
MUSICIANS
Adrianne Lenker: vocals, guitar
Buck Meek: guitar, vocals
Max Oleartchik: bass, vocals
James Krivchenia: percussion, vocals
2 comments:
Email ThisBlogThis!Share to TwitterShare to FacebookShare to Pinterest
Labels: indie, live home show, official video 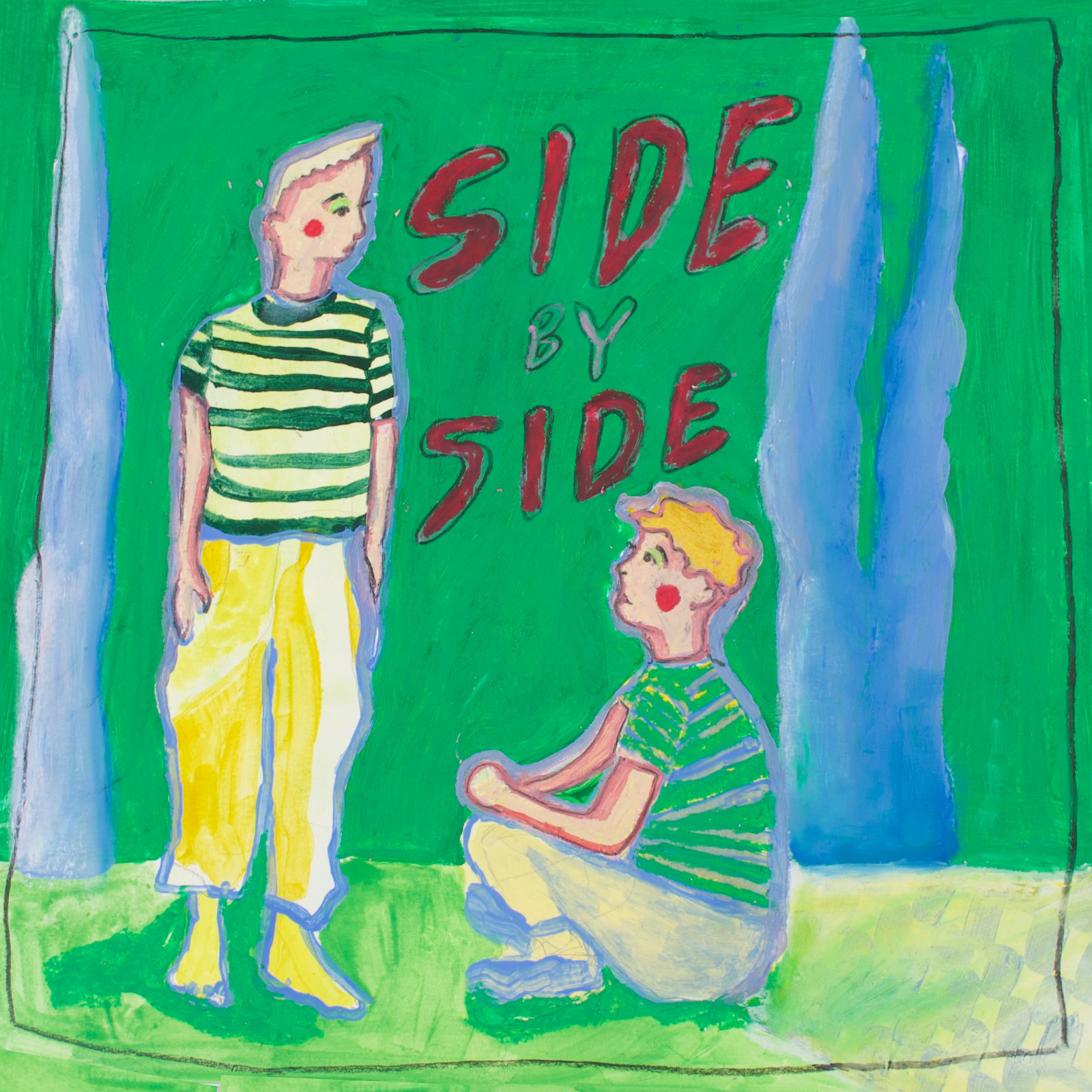 https://www.lolipoprecords.com/jacklen-ro
"'Side By Side' is a dreamy ballad with ’60s doo-wop sensibilities. Throughout the single, Jacklen Ro deliver shimmering melodies, upbeat percussion, and soft, sweet vocal lines."
- Indie88
"A song about a love being tested by distance, Jackie Giroux and Caelen Perkins have once again delivered a single with a lyrical twist that gives pause"
- Country Queer
"Opening with sweet acoustic guitar lines and soft, buttery harmonies, ['Time Bomb'] slowly builds into an anthemic indie rock tune. It’s a pretty stunning energetic, yet angsty ballad that’s sure to get you singing along."
- Indie88
"Sweet, nostalgic"
- Brooklyn Vegan
“The song has a dreamy, child-like quality that is immediately endearing.”
- Adobe & Teardrops
“Truly a breath of fresh air”
- Country Queer
No comments:
Email ThisBlogThis!Share to TwitterShare to FacebookShare to Pinterest
Labels: indie pop, official video, queer pop, submission 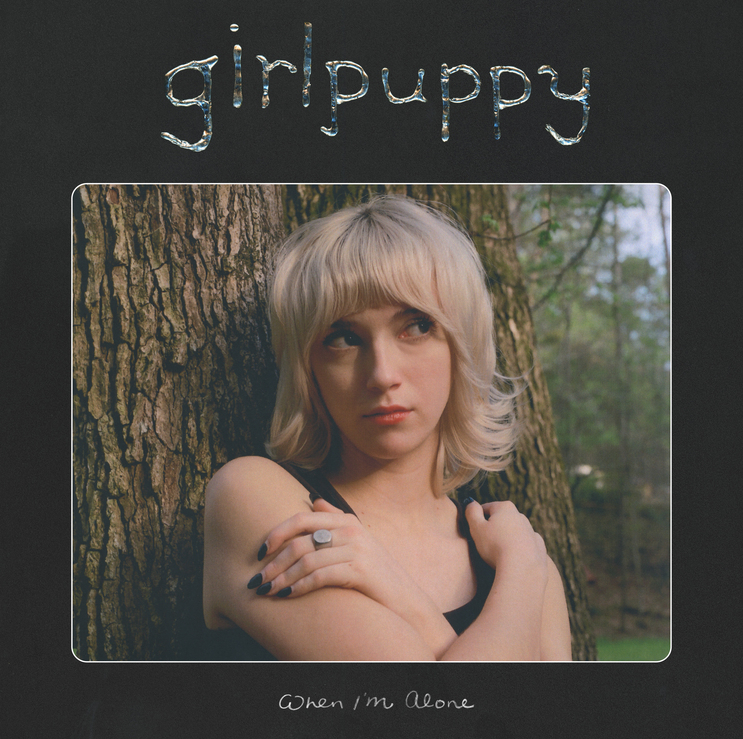 "Playful and easygoing, as [girlpuppy] paints a hopeful summertime daydream...if anyone's pandemic sidehustle sticks I hope it's [hers]."
NPR
"One of indie folk’s most promising newcomers...her knack for lyrical scene-setting and gossamer melodies that seem to hang in the air like the scent of a freshly baked fruit pie."
NYLON
"A breezy ode to less-than-effotrless love"
FADER
"Destined for stardom. Her debut EP Swan features heartfelt serenades and bouncy indie rock jams that make her irresistible, and her delicate voice is simply magical."
Paste
No comments:
Email ThisBlogThis!Share to TwitterShare to FacebookShare to Pinterest
Labels: alternative, indie, official video, submission 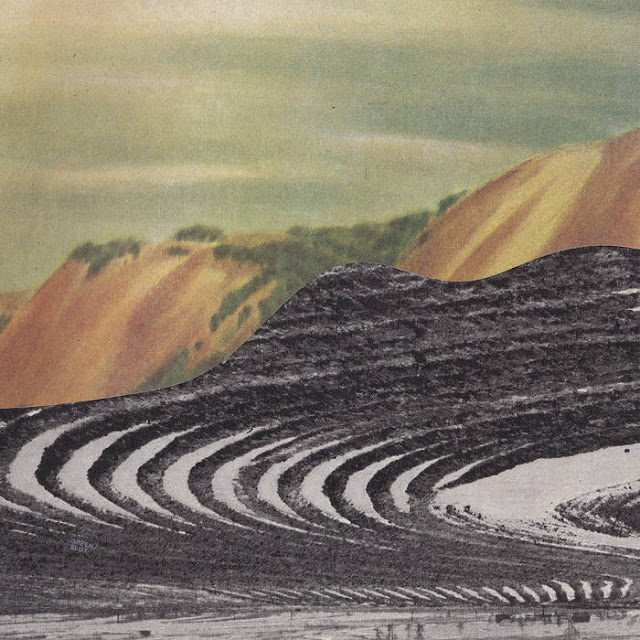 The dark and dreamy halftoned realism of Green/Blue comes into near-perfect focus across 'Paper Thin'. Ever the prolific recording duo, Jim Blaha and Annie Sparrows are back with their third album in as many years, following previous releases on HoZac and Slovenly. Their Minneapolis basement studio has yet again translated to tape what many in the post-punk realm often fail to realize - a certain icy-cool confidence. Chilling vocal harmonies resonate atop melodic guitar leads and a razor-sharp rhythm section as the album stretches to just under twenty-five minutes. Green/Blue evoke a certain somber and honest set of sonics, distilling the now and pondering the future as these ten tracks spin vibrantly at 45 RPM.
No comments:
Email ThisBlogThis!Share to TwitterShare to FacebookShare to Pinterest
Labels: bandcamp, dream pop, indie pop, name your price, shoegaze 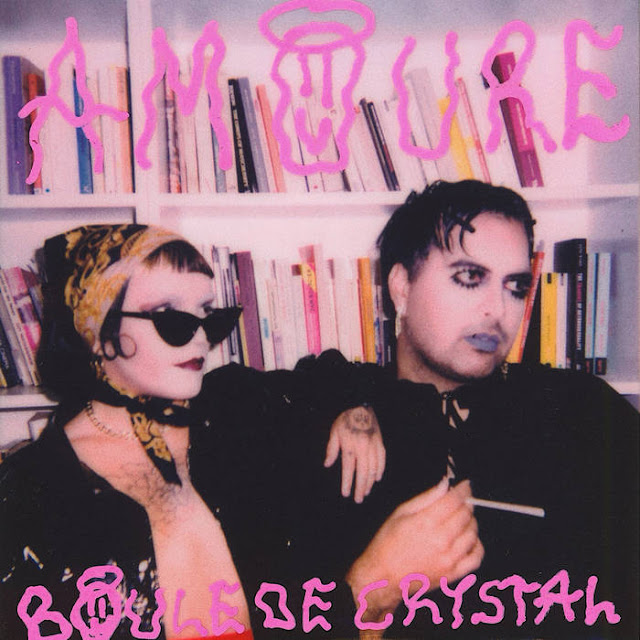 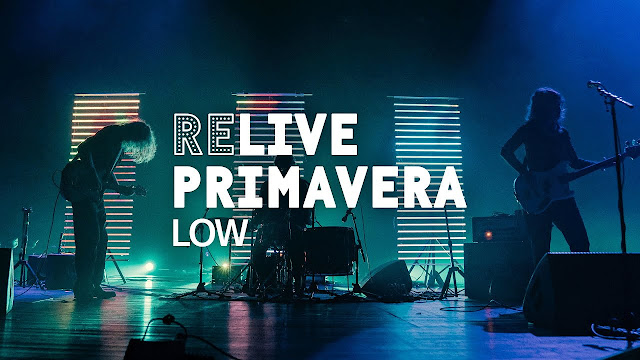 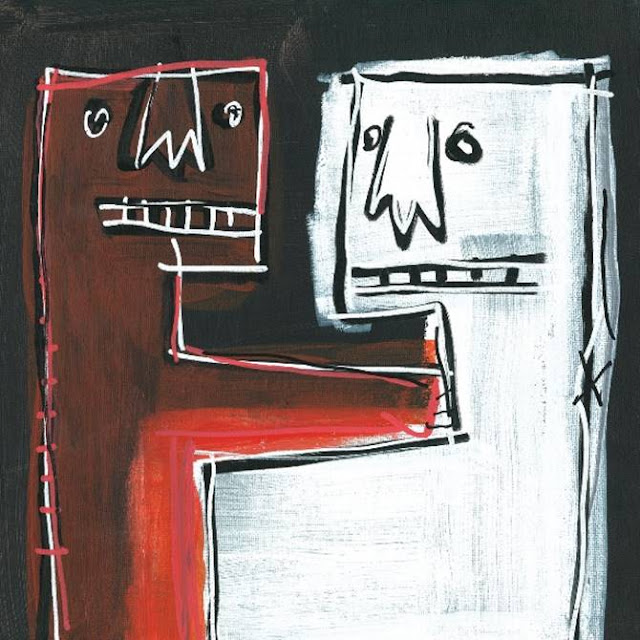 As you may have heard, Franco-British artist Flox has just released a new innovative album of nu-reggae titled ‘Square’.
As his seventh album the ‘Square’ is wide open: old school rhythms or techno-like approaches, vintage dub or futuristic take offs, thick sound basses and melodies, scraped to the bone...
2 comments:
Email ThisBlogThis!Share to TwitterShare to FacebookShare to Pinterest
Labels: official video, reggae, submission 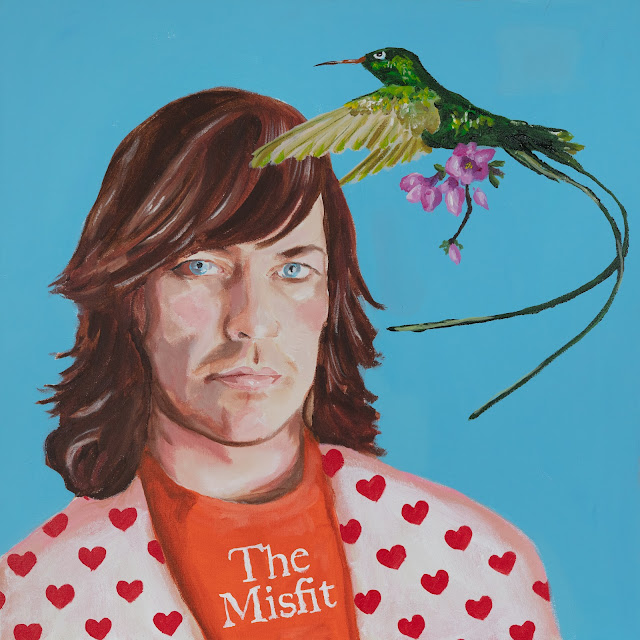 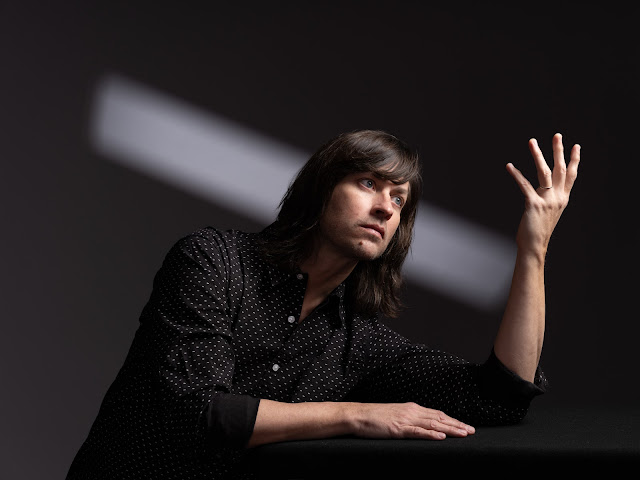 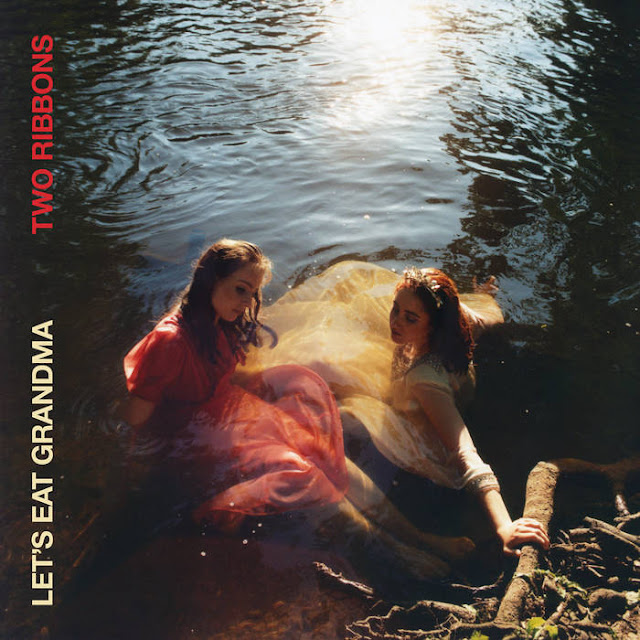 http://letseatgrandma.co.uk
Retaining all of the light-hearted surreality that made its first two records so bewitching, the UK synth-pop duo makes the sound of grief and joy glimmer on the dancefloor. PF
The band's new album, 'Two Ribbons', tells the story of the last three years from both Jenny Hollingworth and Rosa Walton's points of view. As a body of work, it is astonishing: a dazzling, heart-breaking, life-affirming and mortality-facing record that reveals their growing artistry and ability to parse intense feeling into lyrics so memorable you'd scribble them on your backpack. 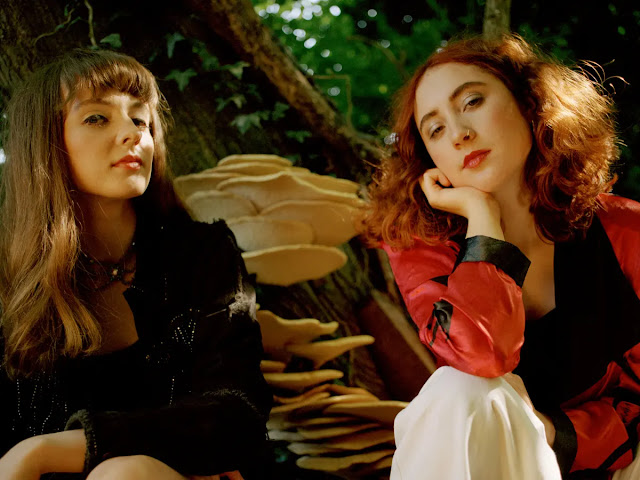 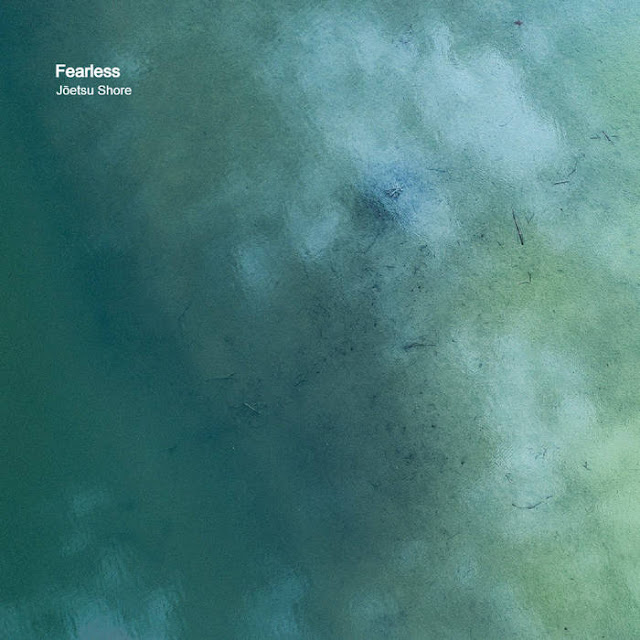 No comments:
Email ThisBlogThis!Share to TwitterShare to FacebookShare to Pinterest
Labels: bandcamp, name your price, shoegaze 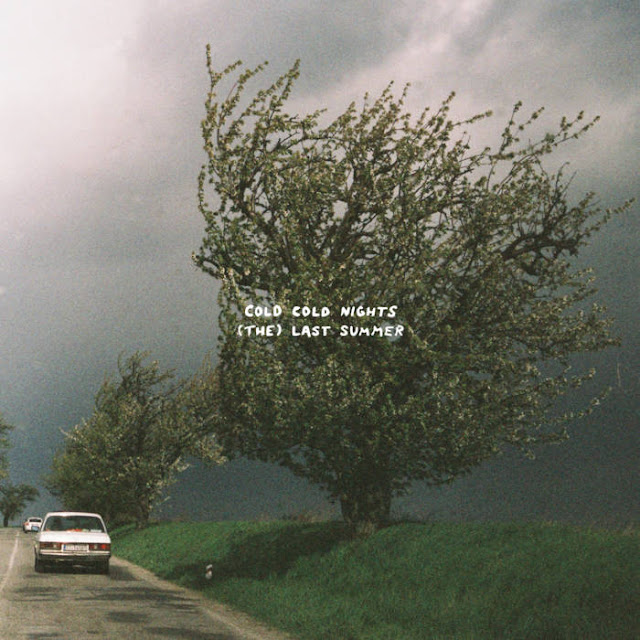 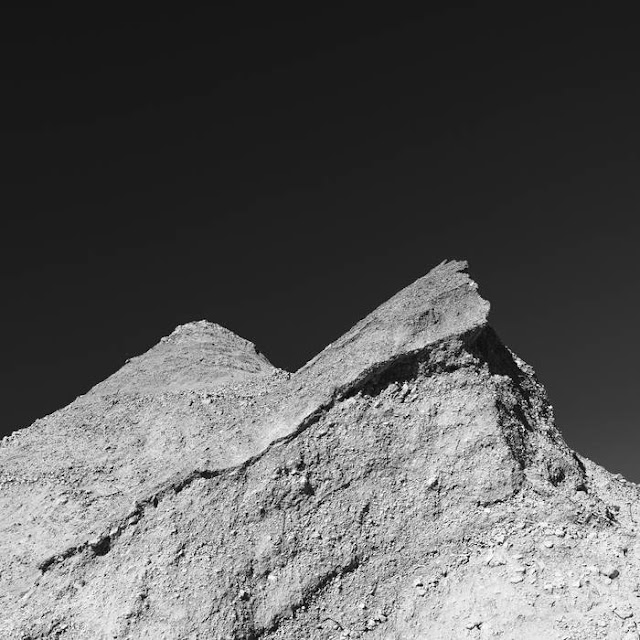 The Sails is a two-part collection of music written for dance projects over the last ~eight years. All of these compositions were commissioned specifically by the choreographers for their projects, many of which might not be performed again (and one that never did get staged). Most pieces have been edited and reworked for this collection for better sequencing and to breathe new life into the music. Part 2 will be released seperately within the coming months.
1 comment:
Email ThisBlogThis!Share to TwitterShare to FacebookShare to Pinterest
Labels: ambient, bandcamp, name your price, soundscape, submission 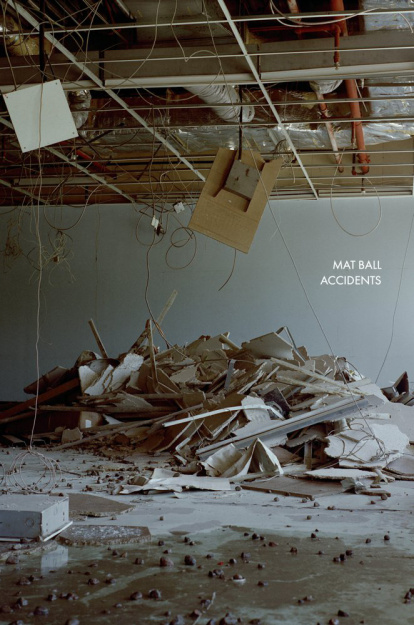 http://www.mathieuball.com
Mat Ball's Amplified Guitar is out today. It's as monumental as it is approachable and memorable. The fledgling label behind this release, The Garrote, is proving itself to be an operation that approaches everything with utmost care and it's just that which can be said about this short album trailer / documentary which they have produced and are sharing today. In it, you can glimpse Mat's process and clips of a conversation that we had last month in Montreal. Do check it out. And if you were already planning to cover this release, don't hesitate to use this video in your coverage! 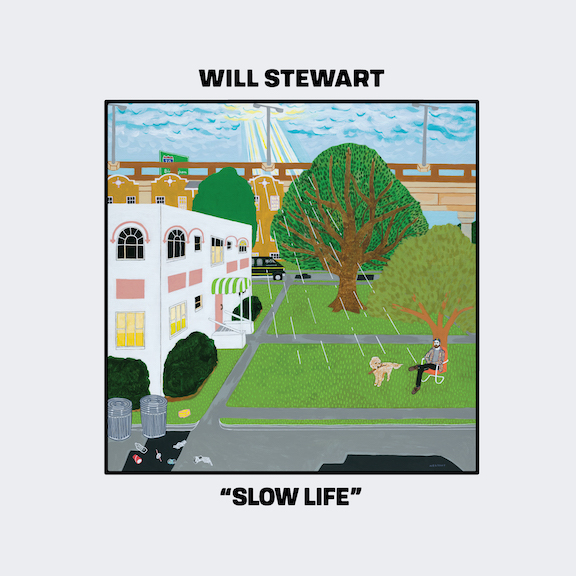 https://www.willstewartmusic.com
From Montgomery’s river region, up through West Alabama and over to Birmingham, a brief stint in Tennessee and tumbling back over Red Mountain to settle in East Birmingham. You could describe Will Stewart’s sound as “Central Alabama Music.” A little south of Nashville, some might say.
Stewart’s new full length Slow Life is a collection of songs that capture his unique blend of varied styles and interpretations. In our current rapid fire consumer culture of “brands” and “influencers,” Slow Life invites people to take a seat and relax for a while. 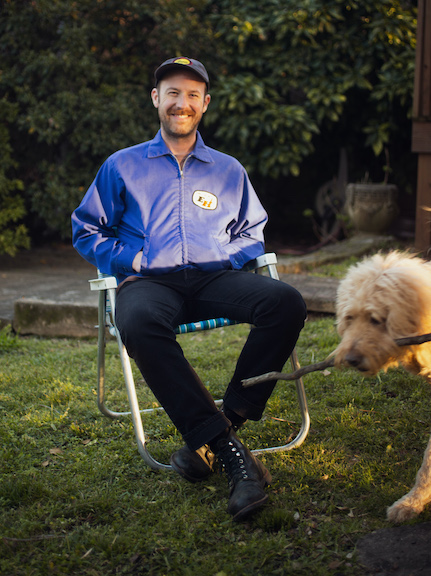 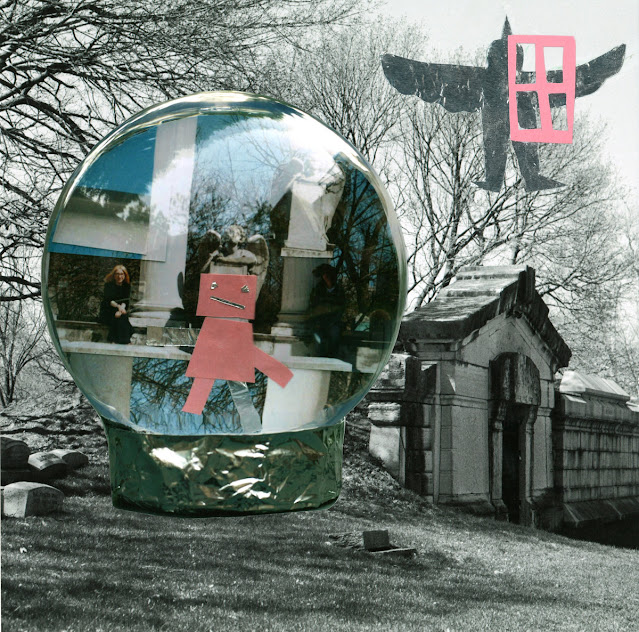