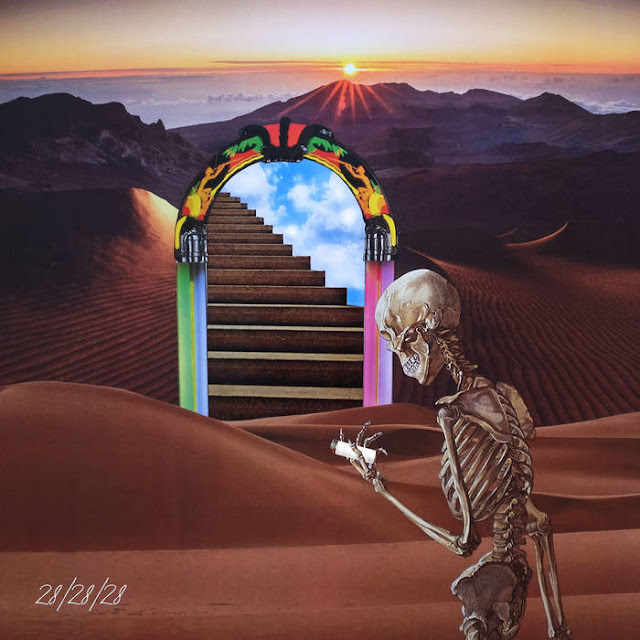 iamthemountain.ca
I (Colton) turned 28 years old on September 28th, therein surpassing the dreaded age of 27. I am releasing 28 songs that I have written over the past decade in honor of this special day. The title 28/28/28 is a nod to all those in the 27 club and to those who have dedicated their life to creating art.
No comments: 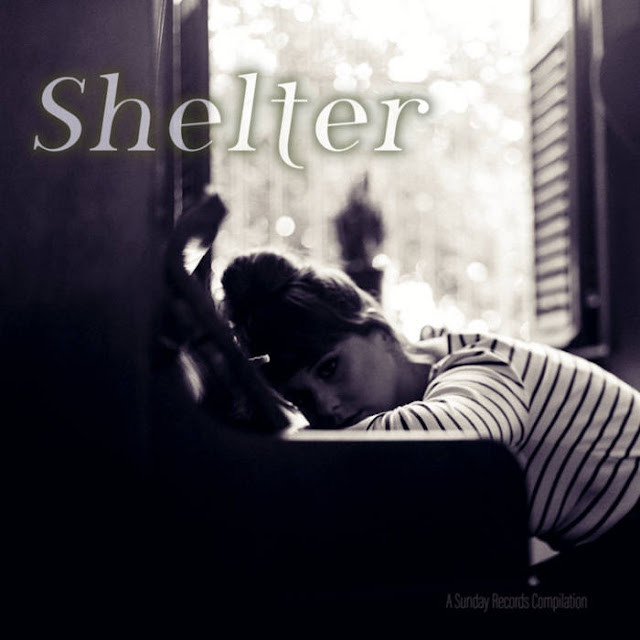 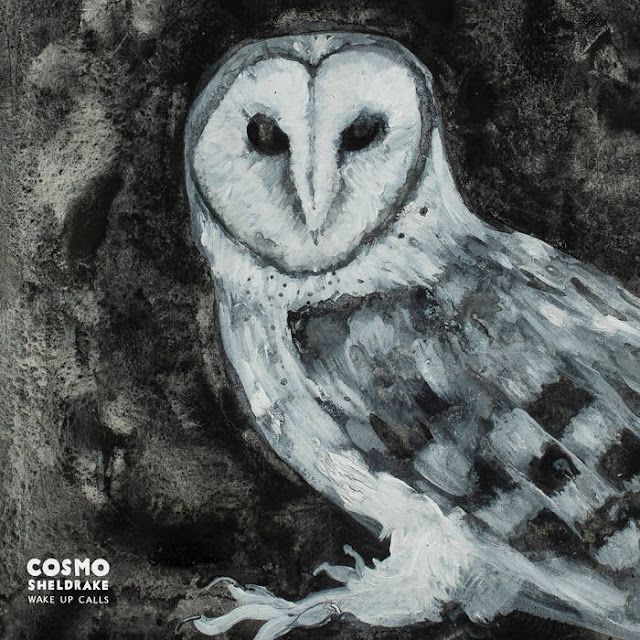 cosmosheldrake.com
Wake Up Calls’ was created over a nine year period, using recordings of bird song featured on the red and amber lists of endangered British birds (with the exception of a Robin and a Blackbird, which aren’t endangered – yet).
The album starts at night with a Nightjar and a Nightingale. The music progresses, track by track, through dawn and day time, round to the evening chorus and back to night with another Nightingale and an Owl. Cuckoo Song, is composed by Benjamin Britten and features the sound of a Cuckoo singing above Britten’s grave in Aldeburgh Cemetery, recorded by the soundscape ecologist Bernie Krause.
No comments: 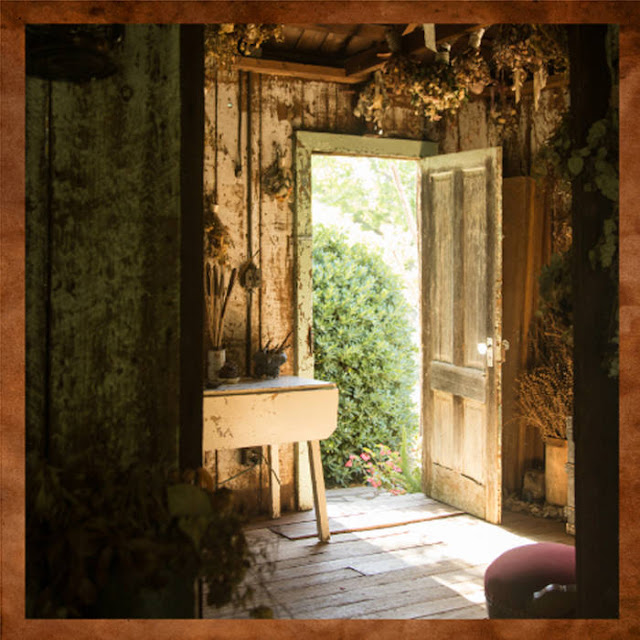 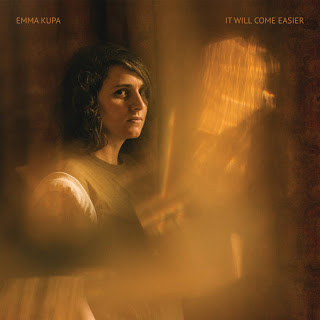 It Will Come Easier delves through the trials and tribulations of attempting to navigate the crossroads of your early thirties. Head on and raw, Kupa leads us through her tender reflections on relationship regrets, the torment and pressure to succeed, and the dichotomy of now finding herself inclined to choose logic over impulse - “does her smile light up your heart, or do you just want to get under her shirt?” she asks on Does It Feel New.

Her most personal collection of songs to date, they pick up from the intimate family portraits of Kupa’s debut solo EP, Home Cinema:

“The album explores aspects of love, escapism and fidelity, but there’s also a thread about accepting feelings of hopelessness when you don’t quite meet the many pressures of life’s expectations”. 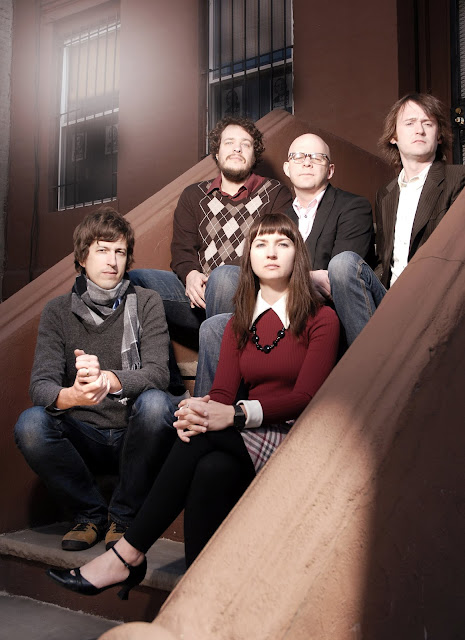 http://www.amanset.com
Aaron and Maria ran
From the Northwest coast to the city and
Now they reside out in Brooklyn Heights
Where the rich kids hide and the years go by
Aaron writes but they both survive
'Cause Maria waits on library lines
And Aaron sighs, "If the TV's right
You put your hat on tight or catch a death outside"
We're living off some modest trust
From daddy 'fore his oil went bust
And loving you is just enough
'Cause no one gives a fuck about us 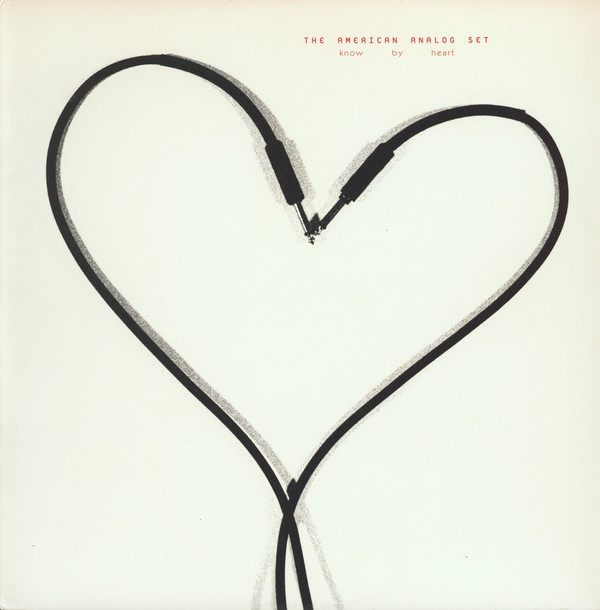 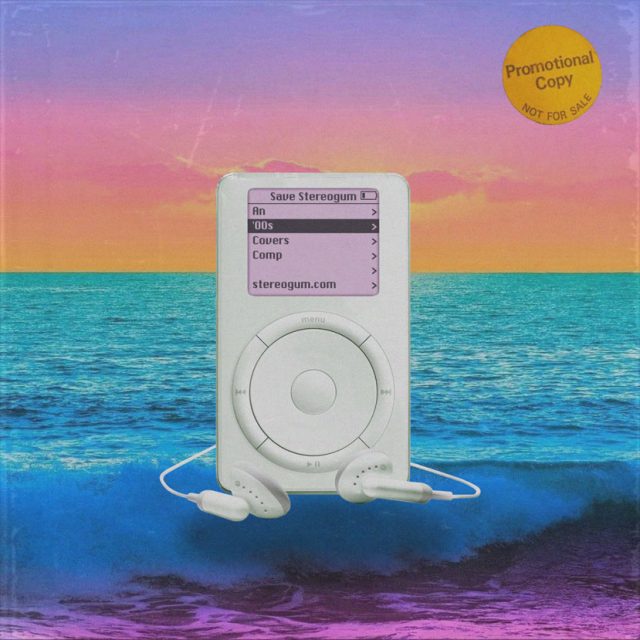 Save Stereogum: An ‘00s Covers Comp is an exclusive new compilation we produced just for an Indiegogo crowdfunding campaign launching today. We asked over 40 of our favorite artists to record brand new, never-before-heard covers of songs from 2000-2009. (Aughts nostalgia … it’s time!) Donors will receive a .zip download of the compilation — including MP3s, artwork, and liner notes — and will be the envy of their friends because it will never be released again! We won’t be streaming Save Stereogum anywhere and will never reissue it. It’s only available to supporters of this campaign. StereoGUM 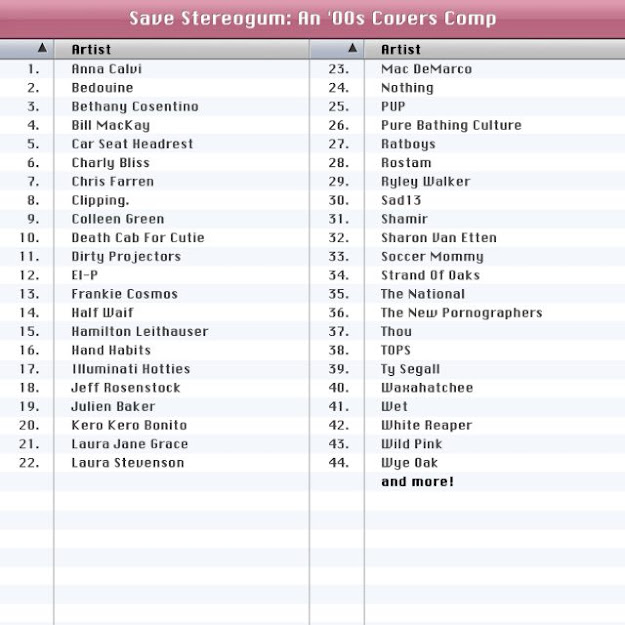 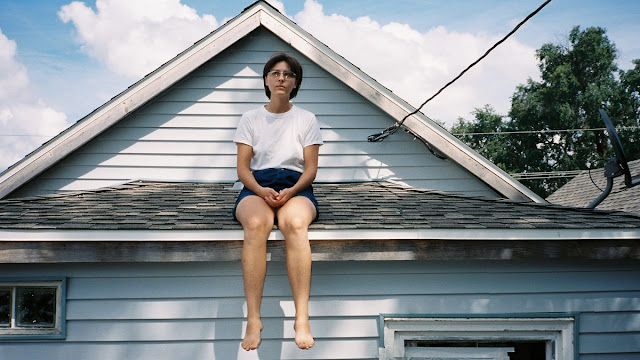 The record is McClellan’s third full-length to date and second for Father/Daughter Records following her 2018 album Yes and No. Early on in her career, the Nebraska-born singer-songwriter was cosigned by Frankie Cosmos, which gave her profile a boost and placed her in a league of comparable contemporaries. Like Cosmos and others such as Florist and Dear Nora, McClellan makes soft, relatively lo-fi twee pop with intimate subject matter and clever lyrics. CoS
Unlike those other acts, though, McClellan’s songs have a woozy and whimsical swing to them that’s distinctly her own. “Desperate” and “Pace of the Universe” are great introductions to both this LP and her as an artist. The former is a humorously self-effacing song about being, well, incredibly desperate for validation, while the latter is about throwing social norms to the wind and embracing vulnerability during catastrophic times (it’s quite relevant). 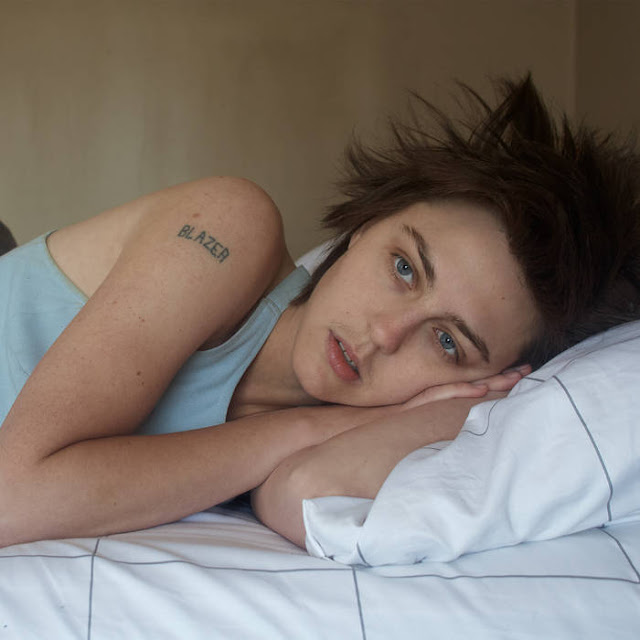 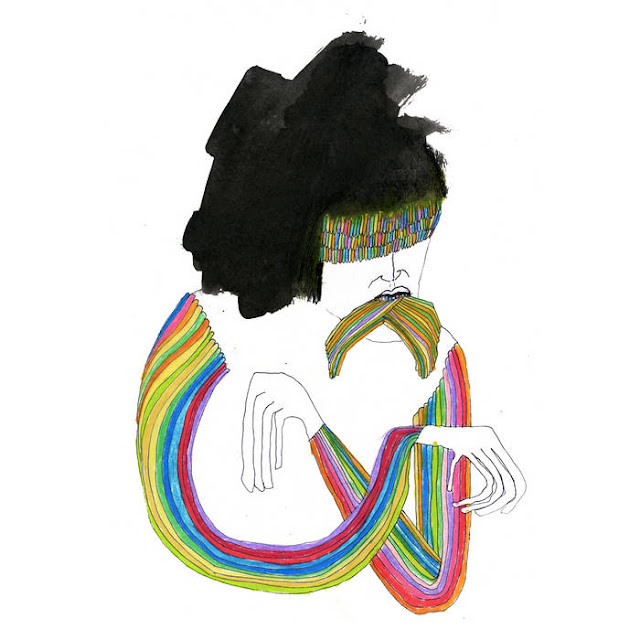 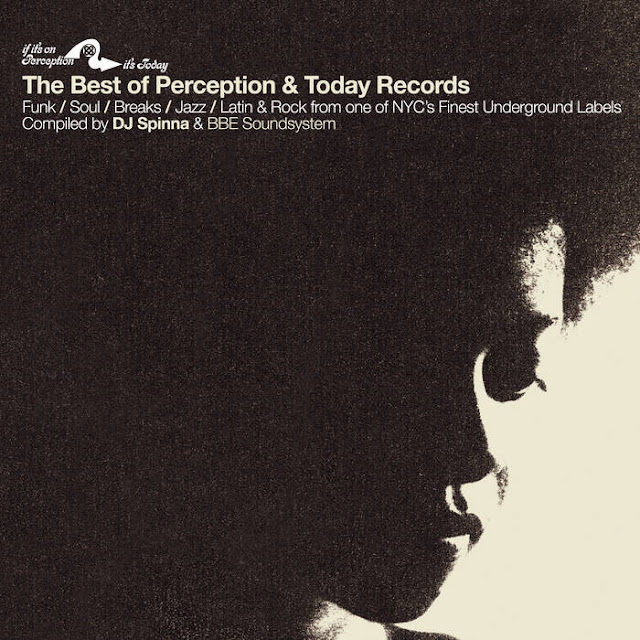 Perception Productions, a New York based label that ran from the late 60s through until 1974, was a strangely eclectic affair. Its roster stretched from a radical Afro-American poet through to the pop band King Harvest whose hit ‘Dancing In The Moonlight’ became a massive hit for the UK band Toploader a couple of decades later. The inbetween points covered jazz, funk, vocal harmony soul and proto-disco. In fact distilled down into this compilation the label provides us a view of Manhattan’s black music scene of the period, from the established greats to the fresh young things who would make their mark in the coming years. 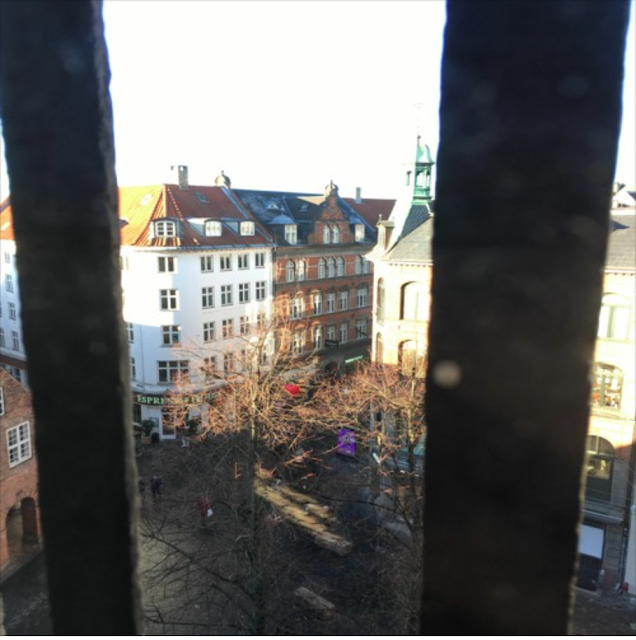 We want people to hear the beauty of love and of Copenhagen itself reflected in the music, and then to contrast that with the melancholic nature of the lyrics. The entire track is a ying-yang of happiness, pain, longing, love, and acceptance. 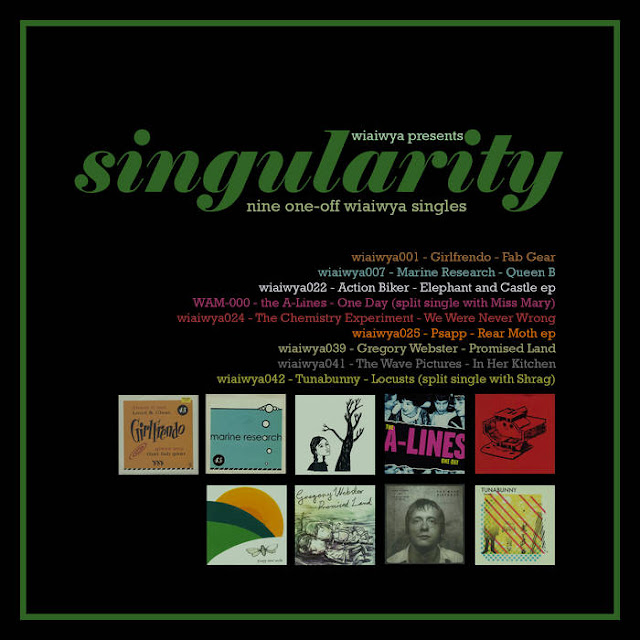 Email ThisBlogThis!Share to TwitterShare to FacebookShare to Pinterest
Labels: singles 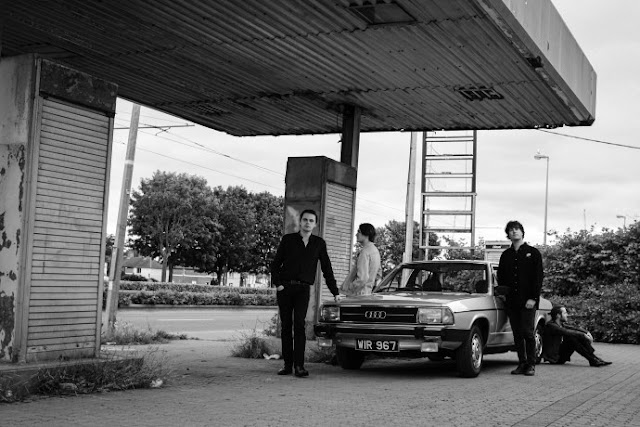 "Underlined with thrashing drums and layered with driving guitar riffs, [Time Eats Up] explores the intensity of solitude and isolation, a theme that couldn’t resonate more at this current time." - ABBEY ROAD STUDIOS

"The sprawling atmosphere conjured up in singles Kitchen Sinking and Time Eats Up evoke the early genius of post-punk revivalists Interpol." - THE DAILY STAR

"TV People execute punk's confrontational nature with aplomb, and in an incredible manner to boot." - EARMILK

"Just adding to the pedigree of great bands coming from Ireland at the moment." - FRANKIE FRANCIS, AMAZING RADIO
No comments: 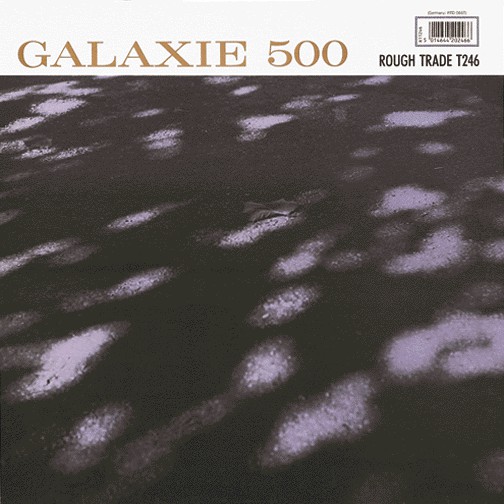 Versus [New York]: "Fontaine and I [Richard] opened for Galaxie 500 in the summer of 1990, at Woody's in the East Village. (I don't remember it being a particularly hot day, and the internet concurs... 86 degrees. Anyhoo...) We had just met and started playing together, and though we weren't called Versus yet, we were playing songs that Versus eventually recorded. Galaxie of course stood out in contrast to the NY scuzz-rock era, but really prefigured the coming of 'indie-rock.' A timeless band."
No comments: 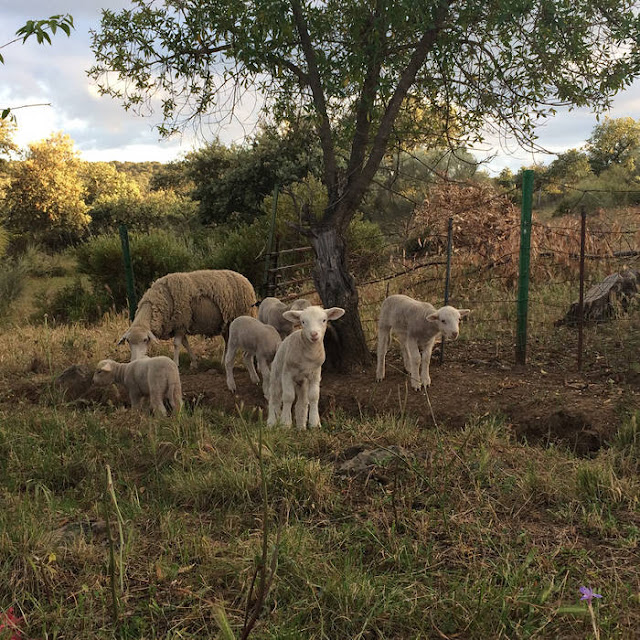 Eight new slow-burning songs branch forth from idiosyncratic country folk blues, sung with sibylline wit and a hint of the absurd, awash in sensually anachronic lyricism. 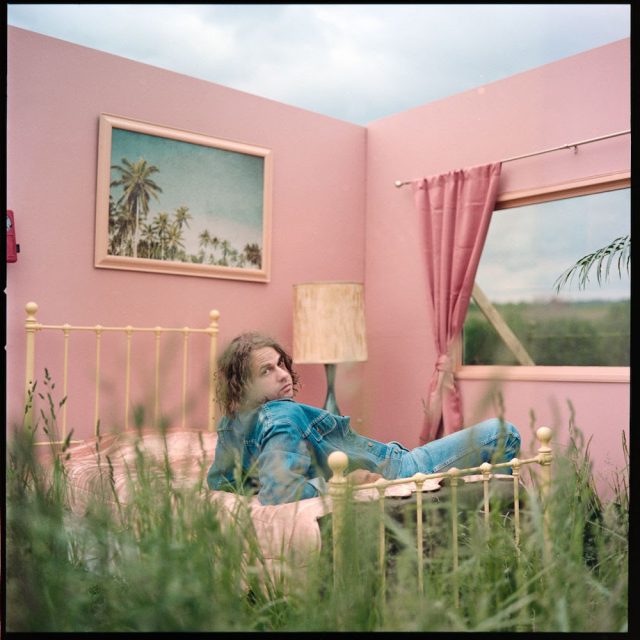 “It is a depiction of isolation,” Morby said of the album. “Of the past. Of an uncertain future. Of provisions. Of an omen. Of a dead deer. Of an icon. Of a Los Angeles themed hotel in rural Kansas. Of billowing campfires, a mermaid and a highway lined in rabbit fur. It is a depiction of the nervous feeling that comes with the sky’s proud announcement that another day will be soon coming to a close as the pink light recedes and the street lamps and house lights suddenly click on.”

Along with the announcement, Morby has also announced a “virtual tour” in which he’ll play each of his albums the whole way through via livestream. He’s also shared a lead single called “Campfire,” a two-part sprawl that features one of the album’s evocations of its title. The song comes with a video directed by Johnny Eastlund and Dylan Isbell, and featuring Crutchfield.
No comments: 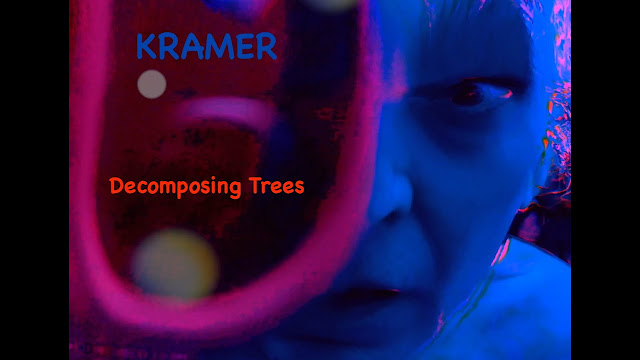 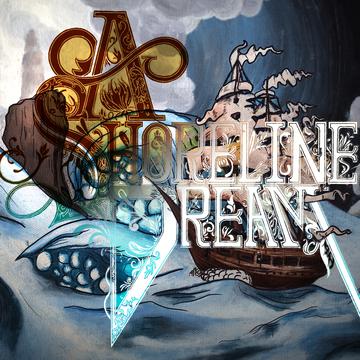 a shoreline dream has been best described as creating “melodipsych night music” by combining lush sampled textures, wall of sound dynamics, and vocals layered like a synth, similar in vein to bands such as Cocteau Twins, Porcupine Tree and Sigur Rós.

"Begging for you to play it loud" – Surviving The Golden Age

"A wild and beautiful thing" – The Big Takeover

"Goth heaven... one of the leading lights of the neo-shoegaze movement" – DKFM
"Haunting vocals, addictive guitar lines, synth swells to die for & a swirling dark undertone that both scares & soothes all at once" – Primal Music Blog
"The things we like most in stoner rock, dream pop, shoegaze and prog-tinted postrock" – Overblown Magazine
"Shadowy and storming dreaminess.. reminiscent" – Stereo Embers Magazine
No comments: