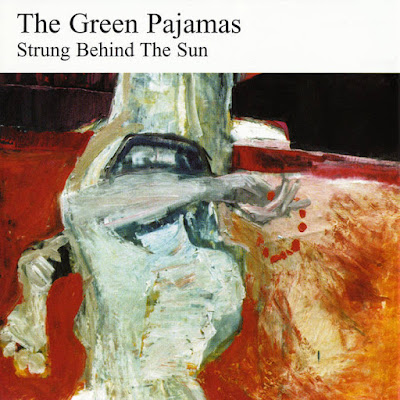 "With its Art Tatum shuffle, ghostly imagery and Middle East-meets-Middle England vibe, it's as fleeting and special as a dream about the most magical hippie summer you never had." One of the "Top 10 neglected American classics" - Tom Cox, The Guardian Unlimited

From the Camera Obscura website, 1997:
'The first new full-length CD of the Green Pajamas' 60s influenced psych-pop since Green Monkey/Bomp released the truly excellent "Ghost of Love" in 1990. Main songwriter Jeff Kelly has always been one of the US’s finest practitioners of the psychedelic pop song, and over the last few years his songwriting has reached dazzling maturity and depth, as showcased in his most recent solo album "Ash Wednesday Rain". Believing that "Ghosts of Love" was the Green Pajamas "Rubber Soul" and that Kelly and Co still had a "Revolver" in them waiting to be drawn out, Camera Obscura approached Green Pajamas to coax them out of their semi-retirement. The result is "Strung Behind the Sun".