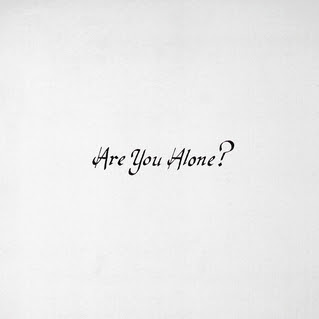 Majical Cloudz:
“This album is more about generating positive energy.”

The band's new album, Are You Alone?, picks up where Impersonator left off: Stark, ethereal instrumentals buoyed by Welsh's unflinching voice. Musically, their roots are in English romantics like Depeche Mode, themselves a moody electronic gloss on the lieder that composers like Franz Schubert were writing 150 years earlier. Philosophically, they chart a junction of new age and hardcore punk, both of which prize a radical scraping away of excess in their search for truth. Majical Cloudz want empathy and they want it now. pF 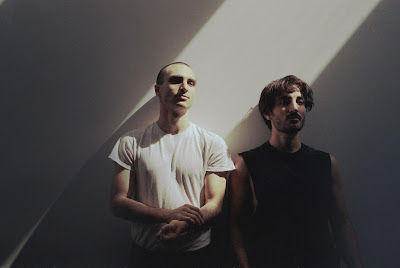 There is nothing in the world like a great fall album. The fall album is a hard thing to define or quantify. You can mostly hear it for what it isn’t. Great summer albums are flush with joy and life and romance and the promise of new possibilities. They’re charged-up, and they have places to go. Fall albums aren’t that. A great winter album is bleak and contemplative and often laced with a sort of omnidirectional acid rage. It’s not a coincidence that black metal albums tend to sound amazing when you’re Christmas shopping in jammed clothing stores, with headphones on. (Seriously, try it this year. It’ll help you focus your discomfort.) Fall albums aren’t that, either. A great fall album doesn’t necessarily have to come out during the season, though that helps. It crosses genre lines. Bill Withers made great fall albums. So did Leonard Cohen — at least early on, before he moved on to winter albums. Belle And Sebastian made truly amazing fall music before they got all musical theater with it. OutKast’s Aquemini may be the best fall album of all time. Even a gleaming, bulletproff arena-pop album can be a fall album; I’d argue that Lorde’s Pure Heroine qualifies. It’s the sort of album that works in the exact moment when you start putting on warmer clothes — not because it’s cold enough that you need it quite yet, but because it feels good after months of summer. A fall album is about contemplation, about small comforts, about taking stock of your life and the world around you. These albums can be solitary, but they’re contentedly solitary. They can be disappointed with the world around them, but they’re not exactly angry. They play like sighs. And this is all a way-too-long way of saying that Majical Cloudz’ new one Are You Alone? is a beautiful little fall album, that it’s arriving at the exact right time. stereogum