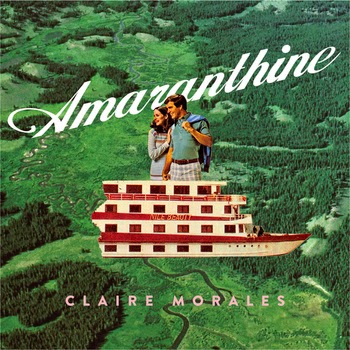 Claire Morales began playing solo shows at the age of 13. Since then, she has gone on to form a full band with a more bold sound. Their songs combine intricate lyrics with simple yet strong instrumentation for music that is both thoughtful and approachable. The band's debut album Amaranthine released February 2015.


"Dreamy, melodic, indie-folk rocker Claire Morales has delivered a mind-blowing album, Amaranthine, that will leave you wishing there were more than 10 tracks. The very title of the album gives the listener an idea of what they are in for, as the definition of amaranthine is everlasting, eternally beautiful and unfading. Morales’ vocals and lyrics evoke the kind of longing that leaves one remembering unrequited love and working through what it means to be human, to be an individual in a world filled with both beauty and pain.

"Morales’ songs each tell a story, and while that can be said of most music, what stands out about this album is her ability to draw the listener in with the lush vibrancy of her voice. There is an almost 60s-like feel to the way that Morales’ vocals and guitar work blend with Ryan Williams’ bass and Russ Connell’s drum work...There is a hazy element to the album reminiscent of being somewhere between dream land and being awake...in those first moments when one does not want to wake up just yet for fear of losing the beauty of the dream." - Ft. Worth TX Magazine