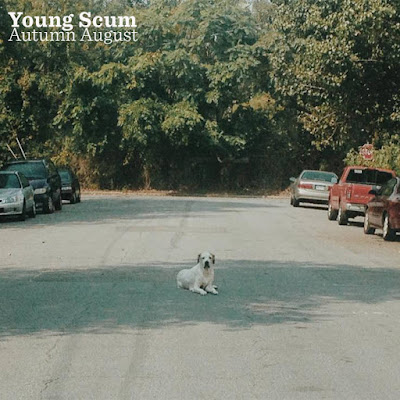 Richmond, Virginia DIY band, Young Scum, combines the lilting jangle of The Byrds with the heavier pop sensibilities of Teenage Fanclub. The band has a bit of a task ahead of them because Richmond is historically a city known for its punk and metal scenes. The band members, as frontman Chris Smith contends, are well aware of the challenges they face “in a land devoid of traditional ‘indiepop’ bands.”

But anyone who is a fan of the post-punk, noise-pop/jangle pop era of music, which greatly influenced the founding and direction of indie pop and rock during the 80′s right up to today, will find solace in songs from the bands debut EP, Autumn August, including tracks like “Met You At A Party” and “Blue Slurpee,” to name a couple. “Chiming guitars, bouncy bass, and thrown-down-the-stairs drum fills, create the sound that make up Young Scum’s jangly pop. The best kind of indiepop: that kind that makes you cry and dance at the same time.” IRC