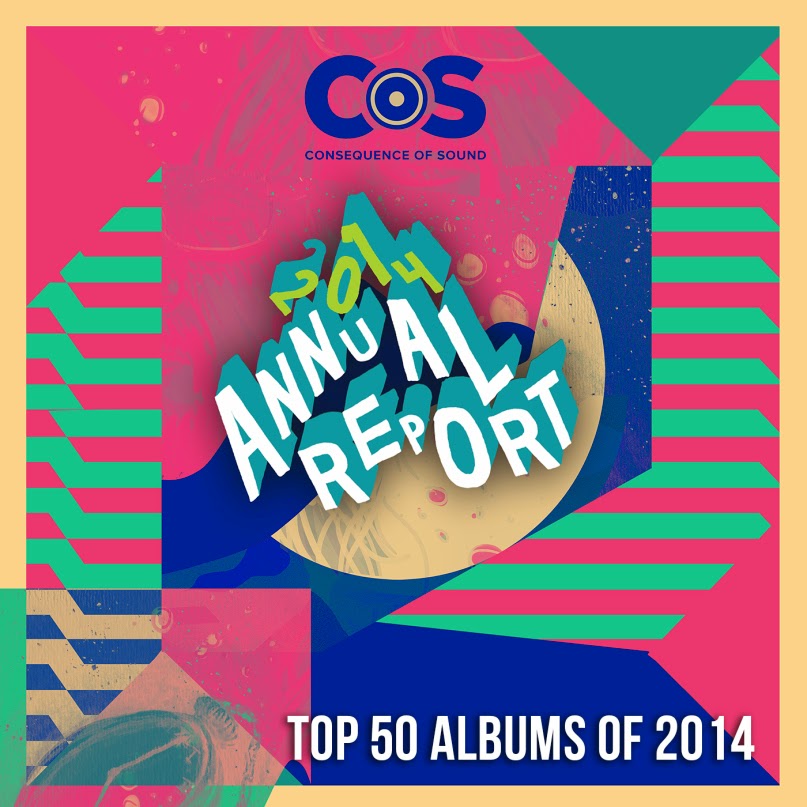 Every year has its share of tragedies and darkness, but 2014 has felt particularly tough. On global, national, and community levels, death, devastation, and darkness have plagued the nightly news in a particularly frustrating and seemingly senseless way. Perhaps that feeling is amplified by the omnipresence of technology that has made each and every pain felt by a larger audience and then replayed on an endless loop. It could also be that this has been an especially broken year, a theory supported by the fact that so many of 2014’s best albums are fueled by artists facing harrowing struggles.

Alex Giannascoli, a North Philadelphia native and Temple University student, makes low-key but lovely bedroom pop under a shorter version of his name. Quietly prolific, Giannascoli has seamlessly blended the gentle and the off-kilter through releases like 2012’s TRICK and RULES. Now, with DSU, his first ever mastered full-length (and Orchid Tapes debut), he refines his formula while maintaining his charm. The album’s best songs, like “Boy”, “Sorry”, and “After Ur Gone”, feature a simple combination of muted acoustic guitars, droning but heartfelt vocals, bass, a steady drum pattern, and the occasional piano. Even with his rudimentary pieces, Alex G is a deft songwriter, able to pack tons of sugary hooks, emotional resonance, and smart flourishes into such simple compositions. –Josh Terry

Modern Baseball is a rocket back to my high school days of listening to The Get Up Kids and The Promise Ring. At the time, though, I didn’t want people to hear just how sad-sappy-sack the music and lyrics were. Modern Baseball’s You’re Gonna Miss It All is the kind of album I actually wanted at that time. The lyrics tell hilariously awkward tales of dealing with whatever the fuck life in your late teens and early twenties is, and the music takes on the catchiness from those early bands, but without every awkward blemish Photoshopped away. The Philadelphia rockers have the realism and wordplay I wanted, using the words I was too ashamed to write. It’s a damn near perfect combination. –Nick Freed

16. WEEZER – EVERYTHING WILL BE ALRIGHT IN THE END

A mother says the title of Weezer’s ninth album in the first track’s opening moments, comforting her child. If this album were the end of the band’s career, it would indeed be “alright.” But, fortunately, this doesn’t seem to be the case with Everything Will Be Alright in the End. The band’s return to form is a reminder that Rivers Cuomo and co. still have much to offer the alternative rock universe, whether it’s fashionable to like them or not. In this light, the new record comes across strangely comforting. Cuomo once said about his band’s classic sophomore record, Pinkerton, “I’m not coloring anything or softening anything. This is who I am and if you don’t like it … well, we should probably part ways, and I’m just gonna tell you the very worst parts of myself.” That Cuomo seems to be back on Everything Will Be Alright in the End, with single “Back to the Shack” stating, “I had to go and make a few mistakes so I could find out who I am/ I’m letting all of these feelings out even if it means I fail.” Those lyrics could easily describe his band’s last five or so albums, and delivering this record, with that apology, puts the entirety of Weezer’s career in a different, much more favorable light. –Philip Cosores

This was an apex year for Owen Pallett. Arcade Fire’s most reliable five-tool collaborator received an Academy Award nomination for the Her soundtrack. He also bared hidden turmoils across In Conflict. The album entertains apathy but still gets excited about venturing into parts unknown. “Song for Five & Six” and “Soldier’s Rock” reinforce the notion that it’s time to pick up the pieces and move on. But move on where? And to what end? Tracks like “The Sky Behind the Flag” also offer up Pallett’s bittersweet composition with a bunting of tones that unfurl into a vast aural tapestry. The music is ripe with all manner of blips, blorps, and impassioned introspection. The latter half of In Conflict then races toward an anxious albeit encouraging end, with high intensity cuts like “The Riverbed” and “Infernal Fantasy” upping both the tempo and the stakes. The biggest highlight is Pallett’s enchanted vocals, which pair incredibly well with his meditations. They’re like a siren song of contrition warning others to avoid the emotional rocks and hazards that scuttled a life once sweet. In 2003, The Postal Service hurried down a similar route with Give Up. Now, in 2014, these poignant barbs arrive with more complexity, like forlorn packages dropped off by a guided quadrocopter. –Dan Pfleegor

6. AGAINST ME! – TRANSGENDER DYSPHORIA BLUES

“Your tells are so obvious,” shouts Laura Jane Grace in what’s maybe the most triumphant opener of the year. “Shoulders too broad for a girl.” It’s the first time she’s kicked off an album since she took her own name, her real name, since she told it to the rest of the world. “Transgender Dysphoria Blues”, from the album of the same name, might boast the most devastating first verse of an Against Me! record since Grace sang about her grandparents back in 2002 on “Pints of Guinness Make You Strong”. It carries the same weight. Transgender Dysphoria Blues never shies away from that heaviness, but it also never stops feeling like a victory. Grace packs so much fear into these songs: fear of violence, abandonment, disappointment, change, and death. These aren’t rare shadows for people working through a transition, especially for women who were told for years that they were men. Grace stares them down with a fire that lights up hope in its wake.
Strangely enough, the album’s most hopeful song takes place in a pair of caskets. Grace wrote “Two Coffins” for her young daughter as a reminder that even if not all love is unconditional, hers would last through death. Is that morbid? A little — you don’t get too many songs about a beloved child’s “little moon face” that also imagine that face sealed underground. But death sticks around whether we imagine it or not. For Grace, embracing the possibility of the worst is a cornerstone of her courage. The sixth Against Me! album is a landmark for a number of reasons — their first since dropping their major label, their first since Grace’s transition — but it’s also a massive declaration of triumph and, most of all, freedom. We close our own cell doors, or the world closes them for us. From the album’s first words, we know Grace has decided to kick hers down. –Sasha Geffen

Pressure is a cruel mistress. Its impending presence is both the wild animal that chases us when we’re running our fastest and a trigger that, like nothing else, can tempt us to stop moving altogether. Some, like Adam Granduciel, can’t help but see this paradox everywhere, so it makes sense that it’s the figure in the crosshairs of the best album he’ll likely ever make.
SEE FULL LIST