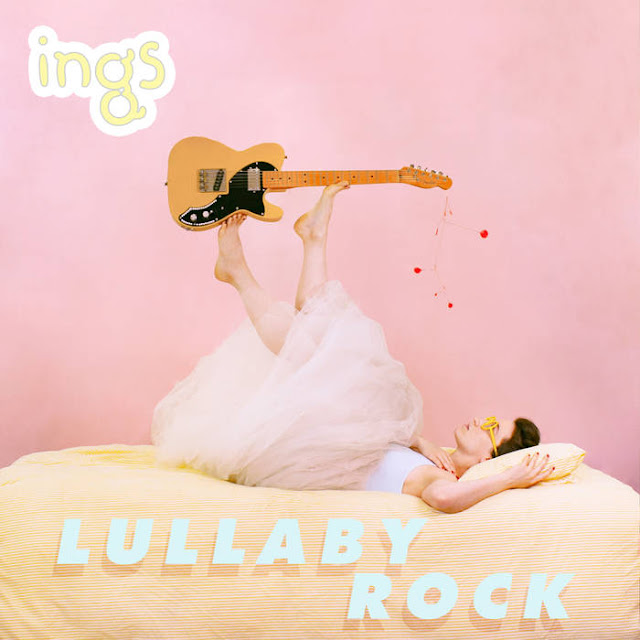 KEXP on "Lullaby Rock"
"Six years and two EPs later, ings is finally unveiling her debut record. Titled Lullaby Rock, after the self-made genre she gave herself because of her hushed singing style, the record is a testament to an artist honing her craft and unafraid to experiment. Everything from lush orchestral strings to fingerpicked guitar riffs and even a guided meditation can be found on the dynamic record, anchored by ings' lovely and fantastically Feist-y vocals.

The uplifting lyrics on Lullaby Rock focus on healing and growth, with ings offering up a bit of hard-learned advice from herself to herself. A toolbox of affirmations, each song began as a repeated phrase she would sing aloud to herself in order to carry on through a difficult situation. Lessons like valuing yourself, appreciating your friends, and dealing with failure are thoughtfully and cleverly explored over the ten tracks."