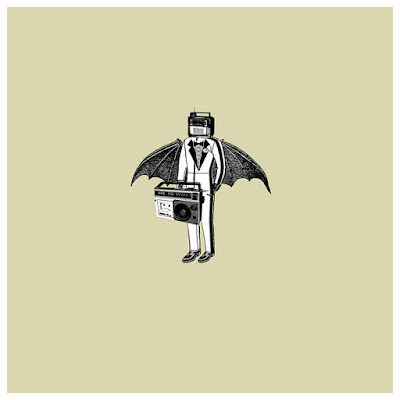 
Vampires. Does there exist a species more mysterious, slandered, glorified and misunderstood?

Bleeders Digest is their story. It's polaroids of their patience, resilience and wrath. Is there a better metaphor for intimacy than the vampire? The sharp teeth and fluids, the romance of eternity. Throughout the album, we see things from the vampire's perspective. In opening track "The Grass Is Always Greener," the vampires are content with coexisting until the song's protagonist cartoonishly hurls a giant boulder at them (thanks a lot, Jenny). By the time we reach the chugging anthem "Pirates Of The Cities, Pirates Of The Suburbs," the fanged demons have driven most of us from our homes in a bloody wash of brute force and Darwinian eminent domain. On "It's A Hunger," our protagonist literally starves for what the female gender offers to all five of his senses. Elsewhere, as on "Galaxies Will Be Born," the seduction of immortality is eclipsed only by the tenderness of the act of turning, itself.

And so, from his tiny home-studio in Seattle, WA, Say Hi updates the vampire genre with another chapter via eleven rump-shaking vignettes and a giant still-beating heart.