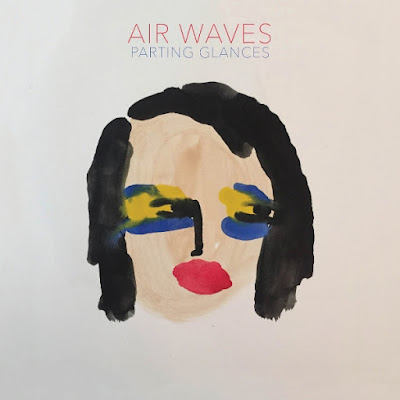 For all the characters Nicole Schneit slips into on Parting Glances, all the lives she touches upon and then runs from, she can never seem to sing her way out of her own head. The Brooklyn songwriter’s second record as Air Waves jettisons some of the twang that marked 2010’s Dungeon Dots, opting for urban chug over playful Americana but still holding fast to the guitar as a nucleus for her songwriting. And though she brings on collaborators like Lower Dens’ Jana Hunter and Ava Luna’s Felicia Douglass, Schneit winds up streamlining her sound instead of expanding it. Parting Glances hones in on her laconic delivery and dry touch on the fretboard, never losing its poise but rarely getting too visceral, either.

As a lead vocalist, Schneit also keeps her cool. Her sandy, stoic timbre mingles easily with the treble- and cymbal-heavy orchestrations she wraps around it with her three bandmates. When she sings over Hunter’s low harmonies on opener "Horse Race" and centerpiece "Thunder", it’s like we’re hearing two sides of the same artist. The voices twin each other, leaving just enough space to cast shadow in the valley between them, and lending an extra slice of depth to a sound field that tends to skew flat. PF