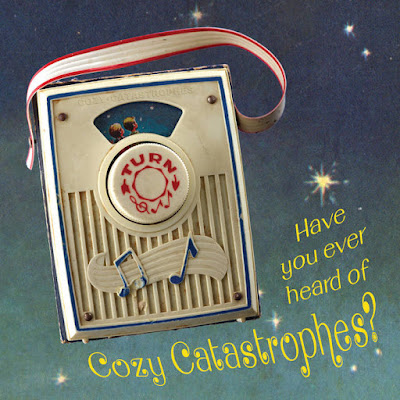 This is the cd debut for Bloomington's Cozy Catastrophes (after a digital-only album and a cassette on February Records), and it is quite possibly the best bedroom indiepop album I've heard all year, and the year's nearly finished! This one-man project reminds me a lot of the highly underrated James And The Express (whose album we released last year) - I mean, you know it's just one guy, but the sound and production are so full that you could easily mistake it for a full band. Plus Greg exhibits enough charm and general friendliness to give Colin Clary a run for his money! The songs and lyrics are innocent and endearing (just pick out "Go Steady With Me" and "Every Girl Deserves A Song" for perfect examples), but not overly twee. This album is sure to brighten your day, as you'd sure have a hard time not smiling and tapping along to it!