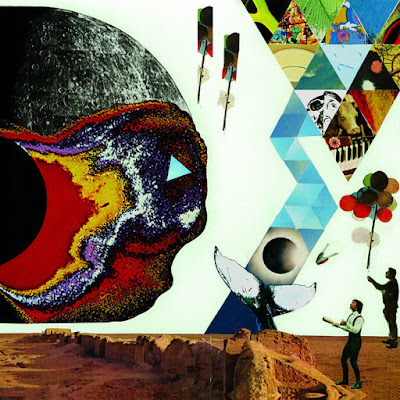 “… exists at the intersection of the free rock, avant-garde jazz, and outre improvisation scenes which have long been a hallmark of the city’s music culture. “Blood Mirage” is the first taste of their upcoming debut Blood Dancer. A lumbering, slow-burn intro is worth the wait as Crown Larks launch into an unexpectedly tight groove, smearing healthy dollops of saxophone over an energetic percussion attack that reframes the preceding skronk as a storm-before-the-calm palate cleanser. in an admirable display of patience they have waited until now to unleash their debut long-player. The authentic chemistry that results from hours upon hours of gigging is heard throughout Blood Dancer.” - AdHoc

“…a coed unit of electro-jazz shapeshifters with a penchant for blending the schizophrenic and radical musical movements its hometown is notorious for producing.” – The Village Voice

“… an avant-garde melting pot that depicts what happens when musicians on the same wavelength fuse mind, energy, and talents together as a unified communal-like force. ‘Overgrown’ is not your parent’s side b singular jam band track, but Crown Larks’ experimentation in creating plant and tree like textures that grow before your ears and eyes upon listening. Jack’s voice guides you through the evergreen tall grass, wild grown hedges, the thick of the woods until the Larks transform the entire soundscape into a jungle of amplified orations. Guitars grind against the droning meditation, as synths make circles like a dizzying swarm of birds, buzzards, and scuzzed out fuzz that blares and beats like scuffed up trainers stomping on a yoga mat. In under eight minutes you will have felt as if an entire natural habitat bloomed before you.” - Impose