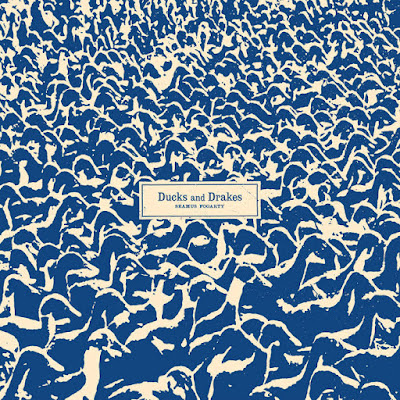 Seamus Fogarty’s soul-stirring blend of alt-folk, country, blues and electronica – performed by Seamus himself on a variety of instruments against a background of fragmented recordings and found sounds, from broken household appliances to snippets of random conversations with friends and neighbours – is like nothing else in contemporary music: an intriguingly uneasy handshake between the ancient and the modern. Where God Damn You Mountain – recently hailed by Mercury Prize-nominated artist Jon Hopkins as “a shambolic masterpiece” in an interview with Mojo – was recorded in a cottage in the West of Ireland where he grew up, the Ducks & Drakes EP took shape in his adopted home of London. “The album was kind of me looking back where as these tunes are more about where I am now and how I got here,” says Seamus. “I’m from the country but soon I’ll have spent most of my life living in cities. Fields and rivers have been replaced by parks, ponds and the tube but I don’t think I’ll ever fully adjust to city life, and that’s fine with me. That’s probably why I fill songs with samples of various friends and neighbours I grew up with, to remind myself of where I come from, who I’ve met and where I’ve been.”