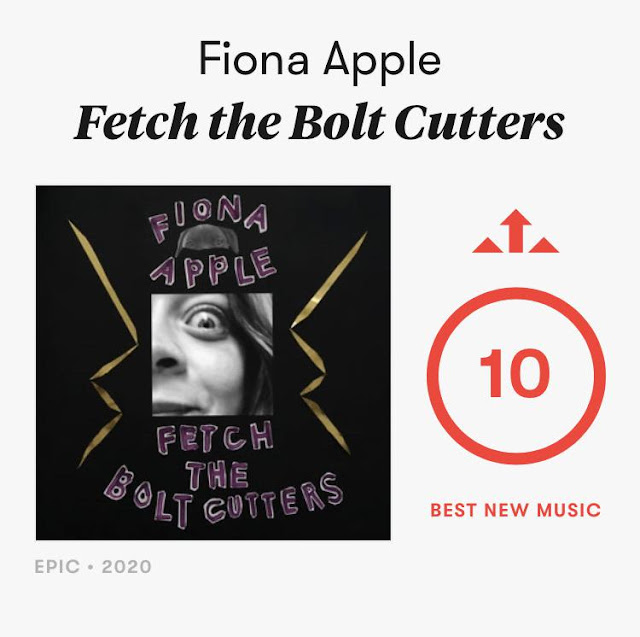 It happens to most of us at an early age: the realization that life will not follow a straight line on the path towards fulfillment. Instead, life spirals. The game is rigged, power corrupts, and society is, in a word, bullshit. Art can expose the lies. The early music of Fiona Apple was so much about grand betrayals by inadequate men and the patriarchal world. Did it teach you to hate yourself? Did it teach you to bury your pain, to let it calcify, to build a gate around your heart that quiets the reaches of your one and only voice? Fetch the bolt cutters.

Fiona Apple’s fifth record is unbound. No music has ever sounded quite like it. Apple recorded Fetch the Bolt Cutters both in and with her Venice Beach home, banging on its walls, stomping on its ground. Self-reliance is its rule, curiosity is its key. Fetch the Bolt Cutters seems to almost completely turn the volume down on music history, while it cranks up raw, real life—handclaps, chants, and other makeshift percussion, in harmony with space, echoes, whispers, screams, breathing, jokes, so-called mistakes, and dog barks. (At least five dogs are credited: Mercy, Maddie, Leo, Little, and Alfie.) All of this debris orbits around the core of Apple’s music: her voice, her piano, and most of all her words, which have always been her primary instrument. It creates a wild symphony of the everyday. pitchfork