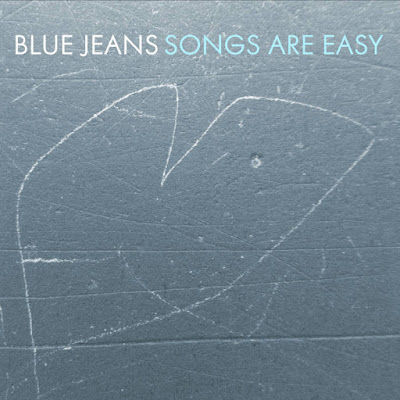 Once known as Santa Monica Swim And Dive Club, Blue Jeans are led by Tim Sendra, who elder indiepoppers will recognize as the one of the forces behind Veronica Lake in the early 90s. Whereas that band was known for their songs being shrouded in layers of fuzz, Blue Jeans are a much cleaner affair, with relatively straightforward pop songs that occasionally border on bubblegum. In addition to the songwriting of Tim, we also have the production and general hands-on-ness of Fred Thomas from the very like-minded Saturday Looks Good To Me, giving things a perfect pop polish. These ten exciting songs may only last about half an hour, but they will likely fuel your entire summer!