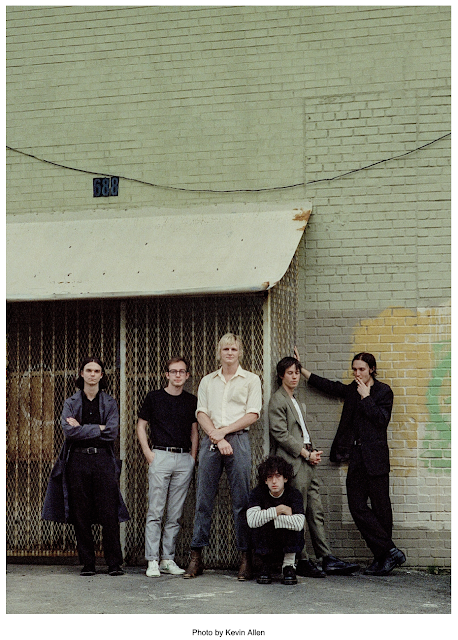 Website
"The band tap into the darker side of the Big Apple, leaning on the city's post-punk heritage while carving out their own lane."
- Clash"High-drama [...] dirgey"- Brooklyn Vegan"It’s easy to see (and more importantly hear) why Catcher are making their way up the musical ladder with 'Comparing Saviors and Friends.' Scuffed up guitars veer towards shoegaze here and there, but the riffs are spidery and crawl all over the track. The vocals cut through, dark and demanding as the whole thing propels through with anxious but melodic melodies the order of the day."
- Backseat Mafia

"[The band is] able to weave together visceral melodies and dissonance, creating a unique and distinctive blend all their own. The music is desparate while alluring all at once."
- Ghettoblaster
Catcher is a Brooklyn-based post-punk band with a reputation for visceral and powerful live performances. Drawing comparisons to Iceage and Protomartyr, Catcher deliver music with a driving and inundating low-end, provided by childhood friends Cameron McRae and Wilson Chestney, on bass and drums respectively. Guitarists Jack Young and Christian Reech — each having been recruited earlier this year via a Craigslist ad and connection via the band's shared Tinder — interweave melodies and noise to create an environment that manages to be at once both bleak and moving, desolate but hopeful, violent but tender. Vocalist Austin Eichler commands listeners with a domineering and chaotic presence. From drawling croons to powerful screams, Austin’s narrative lyrics invoke a wide spectrum of emotion while creating a world of their own. Through endless hours of practice and work, the band has crafted a gripping and tight live performance and a growing international fanbase.
Email ThisBlogThis!Share to TwitterShare to FacebookShare to Pinterest
Labels: noise pop, official video, post punk, submission