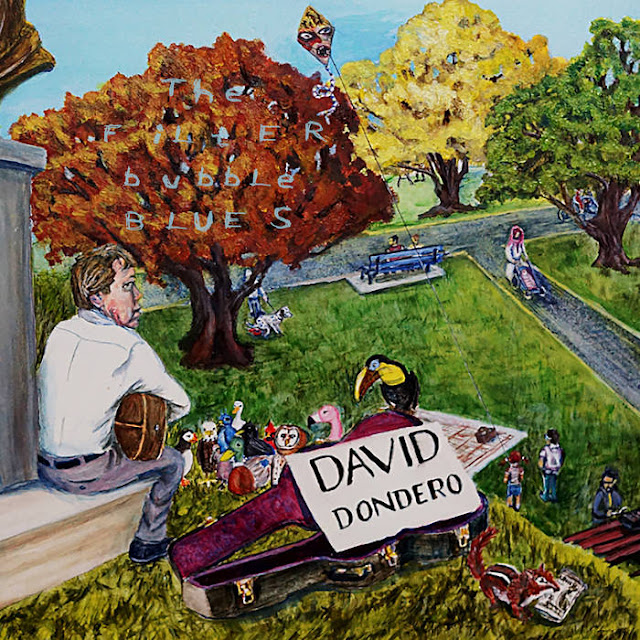 David Dondero is releasing "The Filter Bubble Blues". It’s a biting, wary, heartbroken and hilarious sendup of the dumpster fire that is modern American political theatre and identity politics. Songs of a place hellbent on robbing itself of the last vestiges of what once made it great--or could’ve made it great if there had ever been any truth in it. And rest assured, he’d been looking for the truth in it and in us.