Best of 2016… Frightened Rabbit - painting of a panic attack 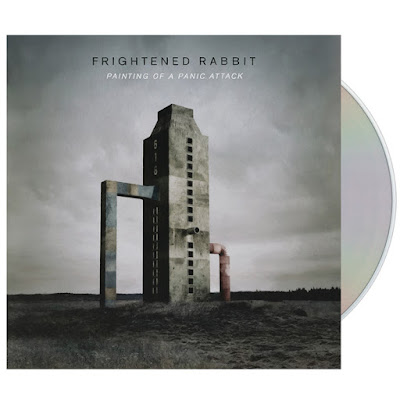 Painting Of A Panic Attack was recorded in Summer 2015 with The National’s Aaron Dessner on production duties. Electronic elements and Scott Hutchison’s dark and emotionally honest lyrics are expertly woven into the band’s soaring sonic palate, resulting in a body of work that will challenge, excite and surprise longtime FR fans and new listeners alike.


Painting of a Panic Attack finds even more of Frightened Rabbit’s characteristic rough edges smoothed away to make room for sonic grandiosity. CoS

Painting of a Panic Attack is a triumph for a veteran band and represents one of their best efforts to date. Paste

Painting Of A Panic Attack is built to emphasize a sense of gradually rising pressure, it’s not until Hutchison and the band take a defiantly energetic turn—on the aptly named “Break”—that the album begins to take flight. A.V Club
Email ThisBlogThis!Share to TwitterShare to FacebookShare to Pinterest
Labels: alt-indie, best 2016, live video, official video, singer songwriter