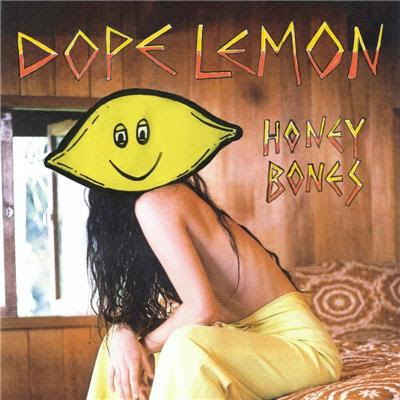 There’s a real Dylan vibe to Dope Lemon, the new Angus Stone project, which has just offered up its debut album, Honey Bones. Like Bob Dylan many years before him, Stone has sidelined the acoustic folk/roots material and gone (somewhat) electric. But that’s not the end of the similarities: there’s something Dylanesque about Stone’s laconic, sometimes meandering vocal delivery style, and also in the unadorned sketches of his songwriting. UP

What was the inspiration behind beginning the Dope Lemon project?
It was pretty unmapped, I had a bunch of friends around at my place and everything was set up. We’d have a few drinks and just step into the studio. Someone would start strumming a chord and someone would sit down at the piano and someone would sit at the drums and we were just recording the whole thing. Later on I’d go back to it and pick out what was good. It was just a cruisy session that became something really cool.