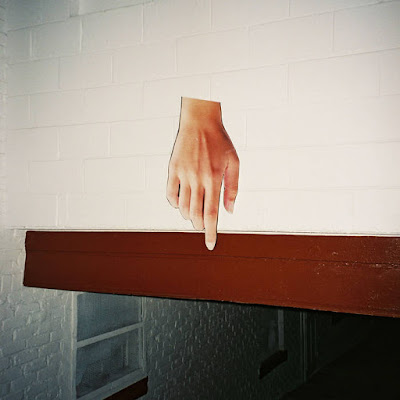 The young Georgia rock band Sea Ghost first caught our attention when they teamed up with DIY weirdo-turnt-OVO cult hero iLoveMakonnen on last year’s tremendous single “Running Away.” We posted the video for their equally impressive “Cave Song” about a year ago, but other than May’s Majical Cloudz-reminiscent one-off “BBQ,” all has been quiet on the Sea Ghost front since then. Not anymore! The band is releasing their new album SG later this month — that’s the cover art by Reginald Levy above — and today we’re sharing opening track “Cowboy Hat.” It’s exuberant yet melancholy indie-pop that reminds me of the Unicorns and the K Records catalog among other charmingly slapdash reference points. “I’ve wanted this since we were kids,” goes the lyric, Carter Sutherland’s trembling voice overflowing with the excitement and terror of dreams coming true.  SG