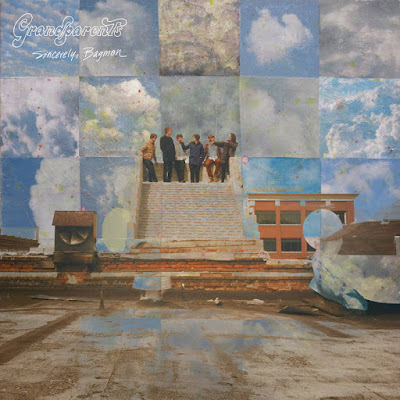 The mark of any great band is the ability to evolve. Over the past five years, Portland’s Grandparents have shape-shifted in only the most engaging of ways, posturing blustery, expansive psych-pop into unexplored aural corners with each new recording.

With the successful production of several self-recorded lo-fi EPs to their credit, the space-y six-piece are whetting appetites with the arrival of the Kids in the Alley cassingle. On the strength of the impossibly catchy title-track, Kids in the Alley delivers audacious, jangly pop music with an eye toward the hallucinatory, prompting visions of psychedelic royalty like the Seeds or early Kinks while decidedly forging their own sonic pathways.