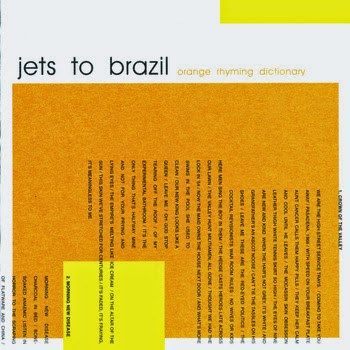 Founded in 1990 by Tim Owen and Darren Walters, the Jade Tree label has sustained itself for almost a quarter of a century now. With a roster that includes The Promise Ring, Fucked Up, Lifetime, My Morning Jacket, Texas is the Reason, Swiz and countless other seminal acts, they have proven themselves as a self-sustaining entity in the constantly shifting tides of underground music culture.

Members of Jawbreaker, Texas is the Reason, and Handsome hash out one of the most riveting debut records we’ve ever heard, braiding punk rock bravado with a pop consciousness, post-modern style, and the poetic literary flair that hurled Blake Schwarzenbach into the songwriting elite. Worth it alone to wallow in the album’s climactic refrain of “You keep fucking up my life!” If it doesn’t send a shiver to your spine, call the medics.