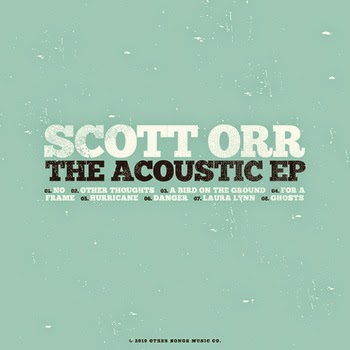 One of my favourite Canadian singer-songwriters; great acoustic renditions from his musical catalogue, introduce yourself all over again.

I've always wanted to take some of the songs ("greatest hits") that I've written over the course of the last 6 years and re-record them in a live, acoustic setting.
However, this collection took so long to come together because writing/recording new stuff is always more fun then working on old material. This EP collects various recordings I've done in the last year of acoustic versions of new and old songs. All of them brought together in a quiet EP, recorded roughly and acoustically. Mostly in one or two takes... with little to no editing or overdubs.