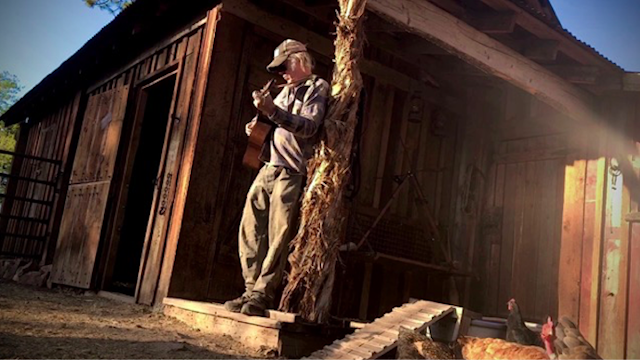 
It took four Fireside Sessions, but Neil Young has apparently grown tired of every fire pit and fireplace in his Colorado home. For the latest entry in his quarantine performance series, Old Shakey took the show down the road — or at least, to the other side of the estate — for a special Barnyard Edition.

Once again directed by his wife, actress Daryl Hannah, the performance is largely delivered to a bunch of chickens and — if you keep an eye out — at least one mallard. The set opens with Young playing “Tumbleweed” from 2014’s Storytone on ukulele while a lama named Lazlo and a horse mosey around their pen. He then moves over to the coop to strum out “Homegrown”, the title track from his long-unreleased 1975 album Homegrown, finally due for release on June 19th. CoS
Email ThisBlogThis!Share to TwitterShare to FacebookShare to Pinterest
Labels: alt country, home concert, live concert, singer songwriter