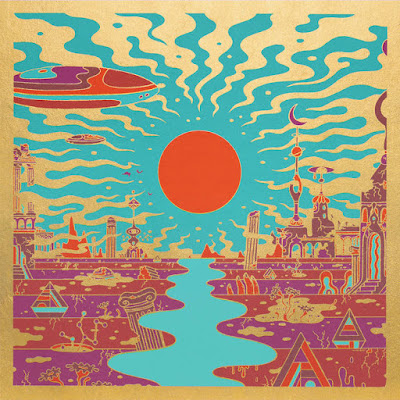 The invocation of classic west coast psychedelia that permeates Morgan Delt's Sub Pop debut LP feels like a continuous sunrise, never concealing its influences yet perfectly putting its songs through a gauzy lens that blurs and obscures. Is such a thing even possible after witnessing umpteen reverb-jockeys creating their own take on the genre? Can anything truly different be done in the realm of being both original and reverent, wearing favorite records and artists' moves on one's sleeve? Definitely the case with our man here. After releasing a 6-song cassette in 2013 followed by a full length for the Trouble In Mind label, the California native now fine-tunes his sound world outwardly rather than honing in on a specific trajectory, allowing all of said influences to coexist together in a unique yet undoubtedly Californian vision.