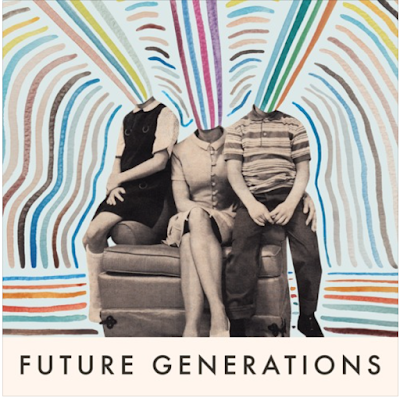 Future Generations will be releasing their self-titled debut album on Friday, July 29 via Frenchkiss Records (album links are below). In advance of the album's drop the band are sharing “Thunder In The City”, the new single from the record.

The band's Eddie Gore says "We are extremely excited to be finally releasing this out to the world. We've grown so much through this process and I have to say that is probably the biggest theme through the whole thing: Growth.”

“Thunder In The City” is one of the last songs written for the record, and it best embodies the band’s feelings about the upcoming release. Eddie adds “I don't want to get too specific about meaning behind the song because it's not supposed to be specific, but it's definitely about being happy in a moment and about looking back and being happy with yourself”.

In the style of MGMT, Friendly Fires and FUN, Future Generations have excellent pop-sensibilities and know just how to draw a listener in. Apart from the hooky vocal and melodic components making “Thunder In The City” a rich sonic experience, they also know how to provide sufficient variety of sounds pulling off the track’s all-important hooks.

On the eve of their debut's release Future Generations will be playing a record release show at NYC's Mercury Lounge (July 29), and it is a great starting point for any NY listeners to check out what all the fuss is about. In addition, they are playing the following dates this summer with more to be announced: