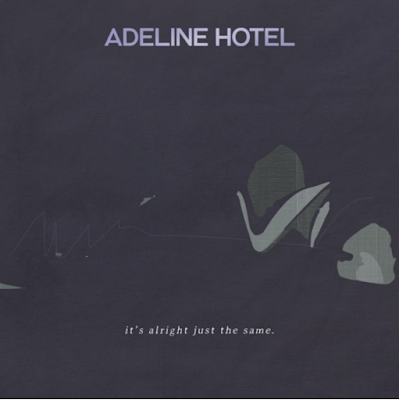 Awesome new song off of Adeline Hotel's upcoming release it's alright just the same, due out May 13 via Wild Kindness.

"Near You" is a breezy driving song, one for the windows down, dusk rolling in as the spring turns to summer. It traces the thrill of being somewhere new through the inevitable leveling out that follows. It's beautiful but it's lonely, invigorating, yet familiar in it's restless; it's alright, just the same. What might be a sobering realization is actually an energizing one. In that moment of clarity, you know you can't outrun your shit, but you really can change it if you try."