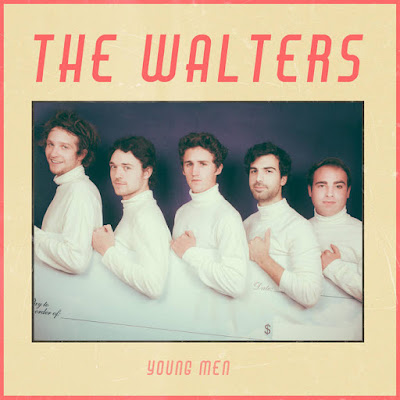 At seven songs in length, it is yet another fine look at a group of young men (har har) doing their best to take over the rock scene both within Chicago and beyond. Sounding like Dr. Dog at the beach, this album is a bit more tropical and breezy than their last effort. Emotional love songs are still at the core of this band, but they're branching out of bedroom pop and into the world of surf rock and vintage rock 'n' roll. With a hilarious cover of the group in turtlenecks holding an obnoxiously large blank check, it's obvious that they're constantly smirking through this ride of theirs. But rather than appearing foolish, it makes them all the more sincere and genuine. Weezer are a bunch of goofballs. JEFF the Brotherhood are a bunch of goofballs. Their friends Summer Salt are a bunch of goofballs. The aesthetic makes sense and for The Walters, it works. It's no wonder that their live shows are a blast.  thesedays