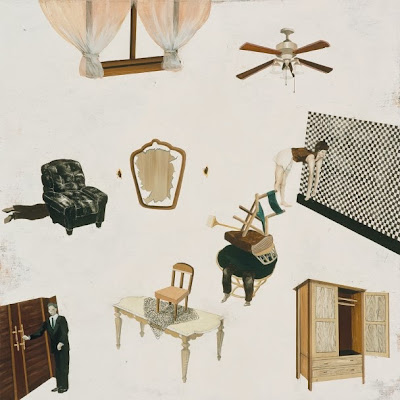 I wrote this song late one night several months ago for a demo I was working on for the new In Roses record. By that point I had become real tired of writing with the piano, so I dialed up some organ + poly synth combos on an SK20. The end of the song came before anything else. Over and over again and I kept thinking about why--in that sort of automatic writing state, in the late hours--was she coming through? Together we went into these landscapes, her trajectory, and that unbearable notion that sometimes these forces barrel through and rob us of ourselves. Thank you to everyone who helped transition this song into reality. I could have never imagined it's final form.