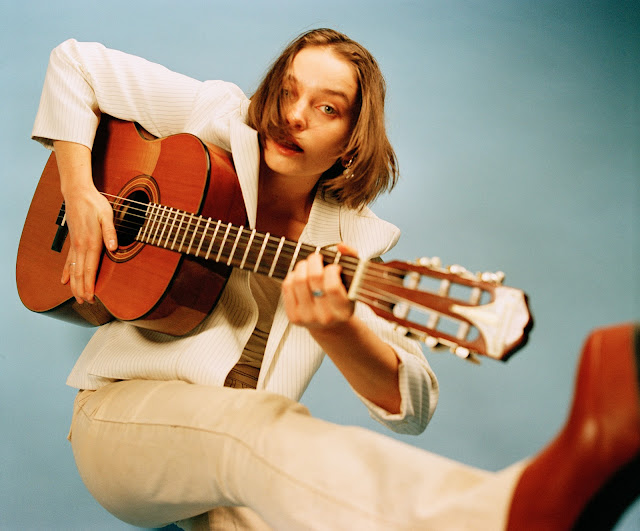 https://packstheband.com/
Earlier this month PACKS announced a new EP entitled WOAH, the follow up to their acclaimed debut LP Take The Cake which came out on Fire Talk Records and Royal Mountain Records in 2021. While the album was a collection of what The FADER described as "reluctantly anthemic slacker rock" that earned comparisons to Pavement and Speedy Ortiz, the new EP showcases a more stripped-down version of Madeline Link's project, a collection of songs written between tours in support of the band's last album.
"Take the Cake is the sound of classic indie rock, as delivered by a promising new voice."
Bandcamp
"Madeline Link sings with her jaw half-clenched half the time, as calculatedly laconic as Steven Malkmus...[but] it would be unfair to cast PACKS as simply throwbacks. Link is a witty and intriguing lyricist and Take The Cake has plenty of risky moments."
FADER
"A force to be reckoned with; PACKS are reinventing the slacker soundtrack."
So Young
Email ThisBlogThis!Share to TwitterShare to FacebookShare to Pinterest
Labels: alternative, indie slacker, official audio, submission