Sandcastle - Garnet; or, Swan but Not Forgotten (An Occult Romance) - 2018 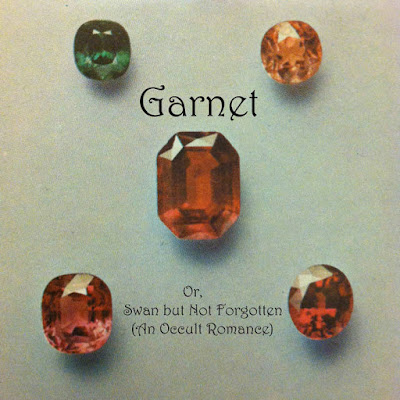 “To the average layman garnet is the name for a low-priced red gemstone, a gemstone which is cut as small stones fashioned as ‘roses’, as the bohemian garnets were so prominently used in Victorian jewellery; or stones cut with dome-shaped forms as in the so-called ‘carbuncles’. Garnet is, however, a much more important gemstone than this…”
--Webster, in Gems: their Sources, Description, and Identification.