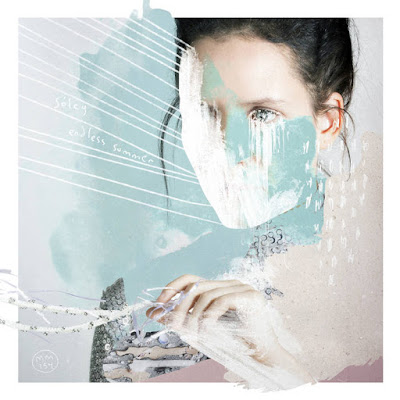 Sóley’s latest offering is the warmth beneath the snow at the end of winter, the seeds waiting to grow as spring whispers to us. From the heavy organs, synths, and minor keys of her last album Ask The Deep, 'Endless Summer' emerges with a kind of hopeful sweetness, and feels even more vulnerable, as Sóley climbs with us to incandescence. "The idea for the album came pretty randomly one night in beginning of January 2016 when I woke up in the middle of the night and wrote a note to myself: ‘Write about hope and spring’," she says about the LP’s general direction. "So I painted my studio in yellow and purple, bought a grand piano, sat down and started playing, singing and writing."

And 'Endless Summer' delivers just that, opening with the song "Úa" (named after her young daughter) that washes over us like a hopeful dream. It’s based on an adventurous acoustic arrangement reminiscent of Joanna Newsom or Agnes Obel, which sets the tone for what is to follow in its wake. Throughout the new album, Sóley’s arrangements for a small orchestra give 'Endless Summer' a colorful touch: Take, for example, the track "Never Cry Moon", in which the sound of clarinet, trombone and cello beautifully engulf Sóley’s repetitive piano playing.