grandaddy - under the western freeway 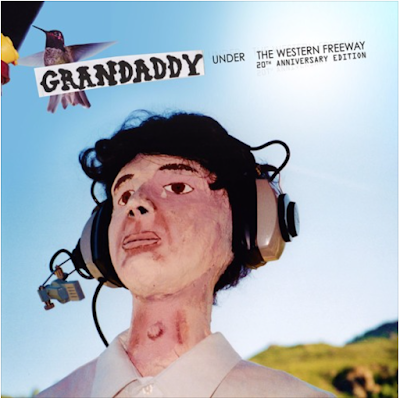 Under The Western Freeway didn't start its own scene. No, what made this record and this band unique was that they took their interpretation from many different scenes, as viewed from their skewed perch of Modesto, California, and made their own way into indie rock's top echelon. From the trucker hats to Lytle's hand tattoo that says "skate," to the taking of the best bits of ELO and dropping it into a blender - all of this made for a powerful record released just at the right time. Just enough guitar and keyboards, just enough sadness, just enough ironic, manic-driven happiness that captured what so many were thinking and feeling in the fall of '97.