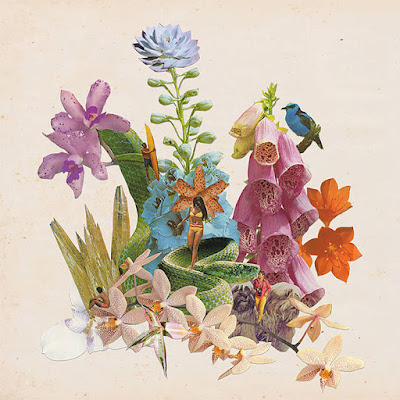 
"Mystery Cove, is a soundtrack to an imaginary movie both fit for the vaults of TMC and primed for a grindhouse exploitation flick screening. Mystery Cove contains a narrative arc of young lovers on an island getaway. As the grooves spin, Monster Rally reveals a cabalistic presence in the jungle that leads them on an adventure of surf competitions (“The Big Surf”), voodoo terror (“Tourismo”), and plenty of slushy cocktails (“After Hours”). The occult meets the salt-rimmed rum mix on Mystery Cove.