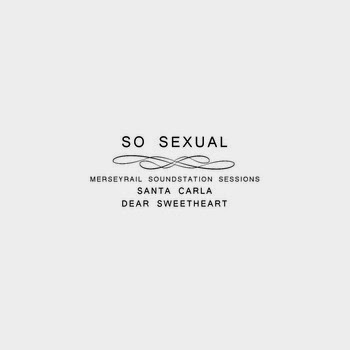 People//Talk formed in a pub in January of 2012 under the original name of So Sexual.

What started out as a few friends who had previously played in bands together thinking that maybe it’d be fun to write a bunch of songs and play a gig (which they did in the space of the first month), has 2 years later proven to have a little more longevity than any of them might have anticipated.

Within that time frame the band now known as People//Talk have developed their own distinct identity, drawing upon elements of post/punk and new wave whilst delivering a contemporary, accessable sound.

For those who are already familiar with and enjoyed the bands previous works as ‘So Sexual’ you will be pleased to find that a change of name doesn’t mean a departure from the overall sound.

For those of you listening to People//Talk for the first time here’s what you should know-
This new release contains 5 tracks written between winter ’13 and Spring ’14.
The EP explores the highs and lows of romantic entaglement. A universal theme set against a bright musical backdrop that compliments each twist and turn of the lyrical subject matter.
For fans of: The Chameleons, Interpol, The Cure, New Order