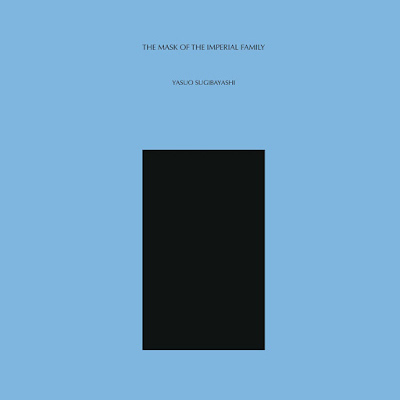 Lullabies For Insomniacs is pleased to present Yasuo Sugibayashi and The Mask Of The Imperial Family; a compilation of music from Mimic Records 1980-1982. Digital download includes 3 bonus tracks.

Yasuo began his musical journey playing guitar in a high school band, in 1980 after moving to Tokyo and immersing himself in various musical groups he founded Mimic Records. Inspired heavily by the art movements of the late 1970's, in particular the innovations of Brian Eno and David Cunningham he purchased a Roland System 100M. He was in search of a sound and the synthesizer had great potential. Simultaneously he had started experimenting with tape, playing with the tactility of the medium so he could understand how to best adapt it for his pieces.

Yasuo explored ancient ethnic music and wanted to combine his influences with daily experiences of city life. The short lived Mimic records was home to three of his solo releases, a self titled LP and two 7 inches, shortly after this period Yasuo went on to pursue other musical projects, in 1985 he was a founding member of the band Qujila which is still active today.

"Both profound and profoundly jaw dropping, the esoteric moves of this massively rare and insanely obscure 300 copy Japanese marvel have until now remained the sole preserve of a handful of heavyweight collectors. It's time to let the cat out of the bag on this one. The dankly cavernous and unsettling acid maneuvers of Dome circa their first three LP's (though absent vocals) are the nearest antecedent I can summon for the principal thrust of the sound here. So too, there's a ritualistic dimension to this stuff thats also a bit suggestive of something like Vasilisk or The Hybryds, though the arcane initiatory atmosphere here is far more penetrating that anything I've heard either of those two muster. Combine that with a Johan Hedran-like overlay of wafting, heat-warped systemic electronics and your at least in the general neighborhood, but these are only indicators pointing toward the occult sonic universe that The Mask Of The Imperial Family are enacting..." Mutant Sounds