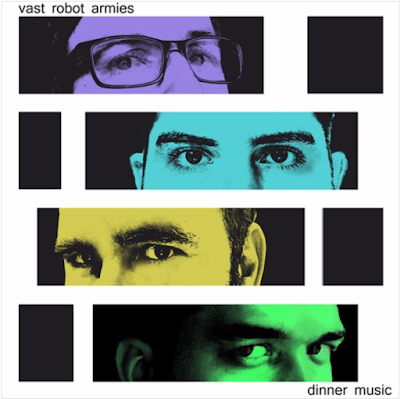 Sitting in a kitchen at a house party in early spring of 2017. sitting with a bunch of friends around the  kitchen table, when one of the friends uttered the words “well, I wouldn’t call it ‘Dinner Music’ per se…” For some reason this phrase immediately resonated with Jason and the ironic setting it was presented in. Jason got up, excused himself and grabbed a guitar in the next room. ...15 mins later he had emerged with all the bones of “Dinner Music”. the song just unfolded in front of him. and after arranging the structure he sent the music to John Agee in Missouri. 3 days later John and Joe sent Jason the demo back with the vocals. as soon as he heard it, he declared.