Heavenly Creatures - This Summer Will Kill Us All EP - 2017 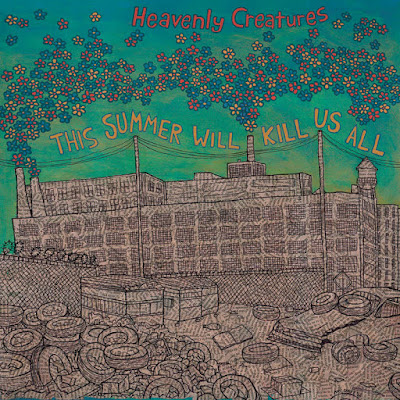 We have here the debut release from Cleveland's Heavenly Creatures, and it's a lovely five-song gem! Though current, the band sounds like they were plucked from the Harriet Records '90s catalog, wedged in nicely between similarly female-led bands such as Twig, Pest 5000 and Prickly. That is, this EP is full of catchy pop songs with a bit of an edge both musically and lyrically (see the ode to so-called self-help books in "Blah Blah Blah Amen" and the response to guys' backhanded compliments to female musicians in the opening "Unsolicited Advice"). Last summer may have nearly killed the band (when their drummer moved cross-country and the band almost split up), but this year - and this EP - finds them starting again on a high note.