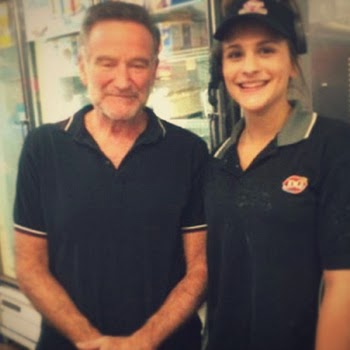 a tribute to Robin Williams... so sad...

It was August 11th, a Monday like any other Monday
His personal assistant had worked her way through the front doorway
After her knocking was met without reply
The furthest thing from her mind was to suspect suicide
Then she went inside

But his death was so fresh in our minds that evening

When a sinking feeling started to overtake me

There was one time I was on vacation with my parents in Palm Springs
I was dealing with a lot back then, I think I must have been fifteen
I fastened a belt to the closet hanger rod
And I was getting light headed, then I chickened out
And I got myself down

There was a gap where Aladdin should be
Where Mrs. Doubtfire should be
The Birdcage and Good Will Hunting
Baron Munchausen
Were all absent