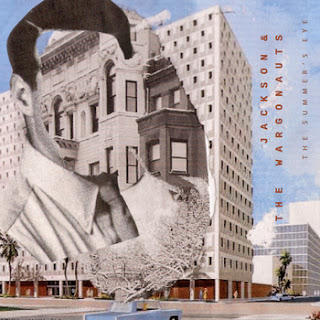 Seems to me these guys have been influenced by Death Cab for Cutie, Wilco and the likes - very nice release.


Jackson Wargo is the creative engine of the 10-piece folk/rock ensemble affectionately referred to as Jackson & the Wargonauts. The music focuses on intricate lyrics entwined with soaring melodies that are complimented by a four-piece horn section, and 5-piece rhythm section that follows the passion of the song to the ends of the dynamic spectrum. Jackson’s songs range stylistically from Elliott Smith’s subdued and intimate musicality to the most energetic and dynamic musical movement of Spiritualized. Debut album The Summer’s Eye is released November 30th on Doughnut Records.