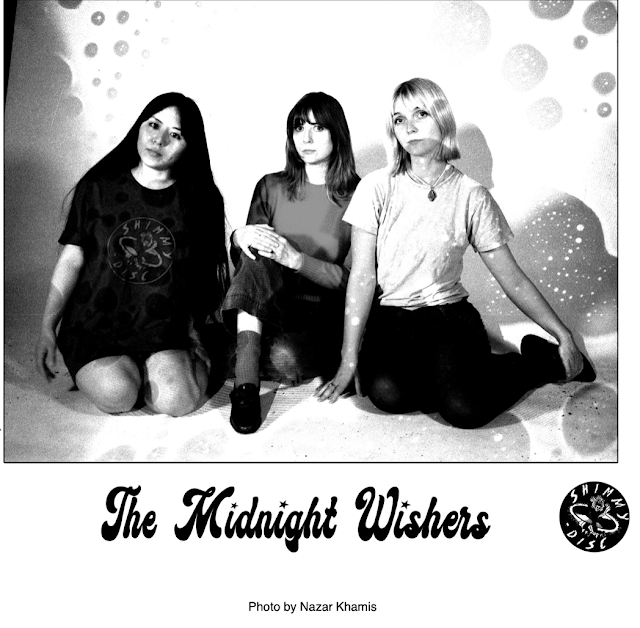 What if a cute girl group scored a hit song about a car crash, then actually died in a car crash, but decades later, David Lynch conjured their spirits for a beach-themed Halloween special?
That’s a feeble attempt to describe the fun, spooky universe evoked by musician, songwriter and producer Curtis Godino with his latest project, Curtis Godino Presents The Midnight Wishers.
"'Always Waiting' is a ’60s-style love song with a bit of an eerie twist. With dreamy, bubbly harmonies, the track is definitely a must-listen."
- Indie88

"The Midnight Wishers maintain a 60’s psychedelic swagger [...] The swirl of female harmonies is the glue that holds it together as it moves like a modern La Luz but still takes you back to the hey day of The Shangri-Las. Godino connects these eras perfectly as The Midnight Wishers becomes more addicting with each play."
- The Fire Note

"The woozy waltz takes you back to the glory days of girl-group pop, complete with deadpan vocals, angelic three-part harmonies, tragic lyrics and a vintage-sounding track built from the rubble of Phil Spector’s Wall of Sound."
- Tinnitist

"The sound and the colorful imagery invite the listener to a strange, yet fantastic little journey through nature, color and sound. It’s definitely a trip we like to take."
- MXDWN

"The 60s girl group formula, and knowing pastiche thereof, is integral to the band’s established sound, but ‘He Loves Me Not’ is a step away from such territory into something more ambitious."
- Backseat Mafia

"A new band with a sound somewhat akin to the ghosts of a sixties girl group being channeled through a fuzzy transistor radio."
- Joyzine
Email ThisBlogThis!Share to TwitterShare to FacebookShare to Pinterest
Labels: indie experimental, indie pop, official video, submission