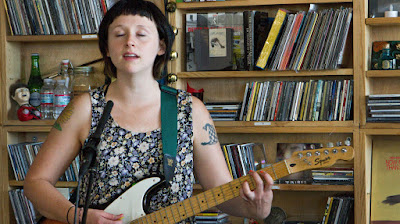 The songs Waxahatchee brought to the NPR Music offices aren't just stripped down for this Tiny Desk Concert, this is Katie Crutchfield as Waxahatchee, spare and exposed; this is what she does. Sometimes there's a drummer (her sister's boyfriend Kyle Gilbride) and at other times another guitarist, her boyfriend Keith Spencer (both play in Swearin'), but even on Waxahatchee's second album, Cerulean Salt, there are plenty of bare-boned songs. This is intimate music for an intimate setting, as we got to stand in careful silence, listening intently and capturing this frail and powerful performance. --BOB BOILEN 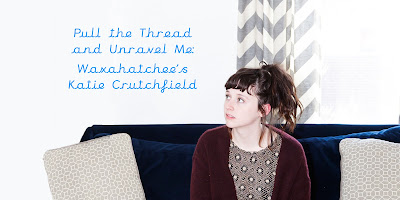