Walter Schreifels - An Open Letter To The Scene - 2016 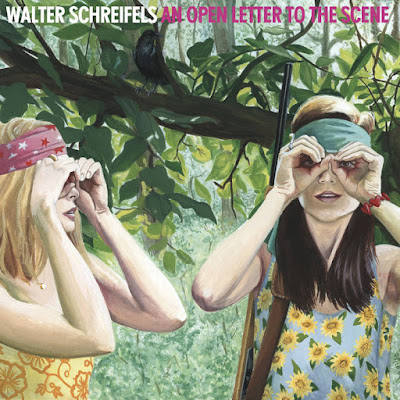 From his tenure in legendary hardcore bands like Gorilla Biscuits and Youth Of Today to his work in the pioneering post-hardcore act Quicksand and cult favorites like Rival Schools, Schreifels has proved himself to be one of the most talented and diverse song- writers of his generation. Over two decades after GB released their landmark album Start Today, Schreifels transcended his hardcore roots and showed another side of his constantly shifting skin with his solo debut An Open Letter To The Scene.
From stripped-down acoustic meditations like the album’s title track to Schreifels’ psy- chedelic-tinged cover of Agnostic Front’s “Society’s Sucker” and an intricately arranged version of his CIV Classic “Don’t Gotta Prove It,” An Open Letter To The Scene is arguably the first project Schreifels has ever recorded that manages to incorporate all of his diverse influences and recontextualize them into a cohesive whole.